Children Targeted in Pillar of Defense 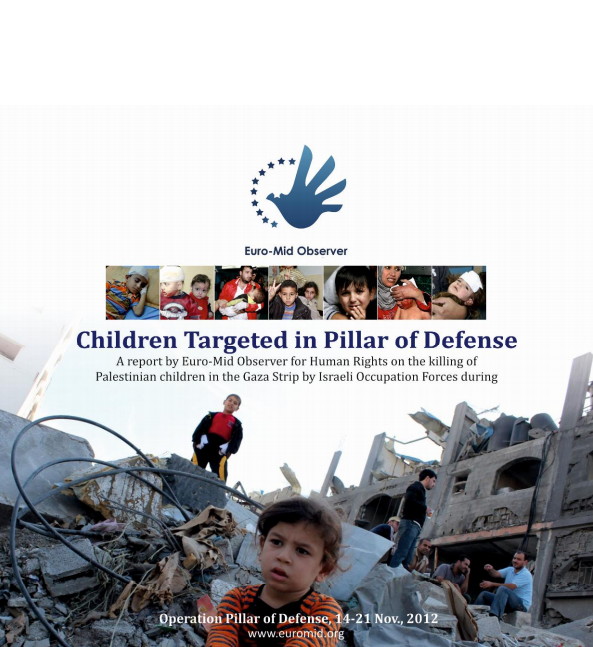 The “eight-day war” was the most extensive aggression against the people of the Gaza Strip since Operation Cast Lead in 2008/9. According to the Palestinian Ministry of Health, 65 percent of the 185 Palestinians killed were non-combatants, including 47 children. Twenty-one were under the age of 10.

This report from Euro-Mediterranean Human Rights Monitor documents in detail the circumstances of the deaths of the 41 children.

The Palestinian Territories have experienced many waves of violence, and Operation Pillar of Defense was one of the worst in the past four years. This has had negative effects of civil life, including the psychological condition of its residents. Children have been the most affected by the bloodshed, destruction of property and disruption of daily life. The effects include nervousness, memory loss, inability to concentrate, nocturnal panic attacks, insomnia, bedwetting and deep depression. Fears of darkness, loud sounds, sirens and even the sight of civil-defense cars are common. These difficulties and more are reflected in the children’s drawings, which often portray violence and death.