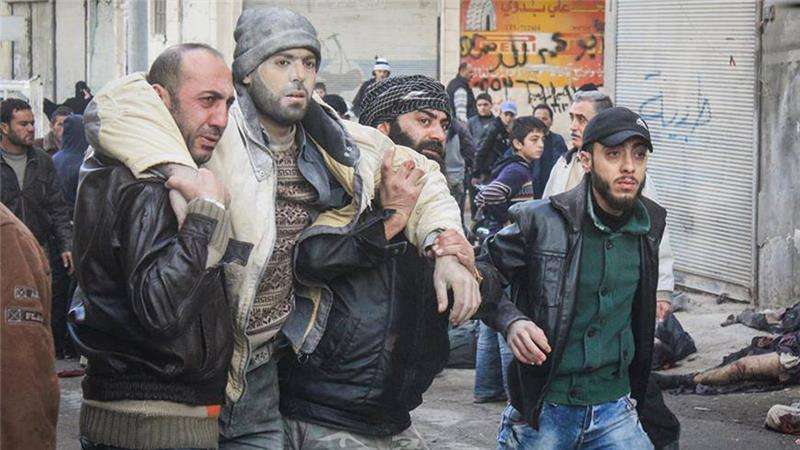 At least 40 people were killed and scores wounded on Sunday in a suspected Russian air strike on a crowded marketplace in Idlib province, activists said.

The strikes hit the town of Ariha, which is controlled by the Army of Conquest, a rebel alliance, including al-Qaeda affiliate Al-Nusra Front, the UK-based Syrian Observatory for Human Rights said.

In addition to the market, several other areas of the town were hit, the Britain-based group said.

However, Rami Abdulrahman, director of the observatory, put the death toll much higher, saying at least 60 people were killed and wounded in the attack.

Officials at the Russian defence ministry could not immediately be reached for comment.

The Army of Conquest alliance seized Ariha in May after heavy fighting with forces loyal to the Syrian army, in an offensive that resulted in the entire province falling into rebel hands.

The Russian air force has conducted air strikes in support of President Bashar al-Assad since September 30.

Moscow says it targets the Islamic State of Iraq and the Levant (ISIL) group and other "terrorists", but critics accuse it of targeting other rebel groups more than ISIL.

The province is not a stronghold of ISIL that controls wide areas of eastern Syria.