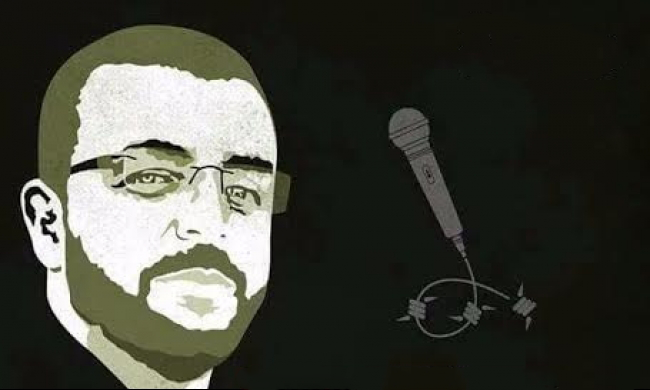 Geneva - The Israeli Supreme Court’s refusal to transfer journalist Mohammed al-Qeeq, now on the 84th day of his hunger strike, to a Palestinian hospital is tantamount to a death sentence, says the Euro-Mediterranean Human Rights Monitor. Al-Qeeq, who has been held without charge or public trial since November 25, is being held under military guard in the Israeli Afula Hospital, where he is lapsing in and out of consciousness.

This ruling by the court came in the broader context of repetitive Israeli violations of international law that caused the chair of the European Parliamentary Delegation for Relations with Palestine, Matrina Anderson, to call for suspension of the EU-Israel Association Agreement. Anderson also called for the immediate release of al-Qeeq, and demanded that the EU raise his case with the appropriate Israeli parties.

"Ms. Anderson’s call is a step in the right direction,” says Ramy Abdu, chair of the Euro-Med Monitor, which had urged her to help save al-Qeeq's life. “What we need now are concrete, sustained actions to pressure Israel first to release al-Qeeq from his totally unfounded and unjust detention and second, to do what it will take to finally force Israel to respect the rights of all Palestinians.”

Al-Qeeq is in very critical condition, his temperature soaring, his hands becoming gangrenous due to the pressure of his handcuffs and his eyesight failing. Physicians say that if he lives, irreversible damage is likely.

Euro-Med Monitor has contacted many high-profile European politicians and diplomats, both in EU countries and serving in European missions abroad, urging them to help save al-Qeeq's life.