Israeli Extrajudicial Executions of Palestinian Civilians on the Rise 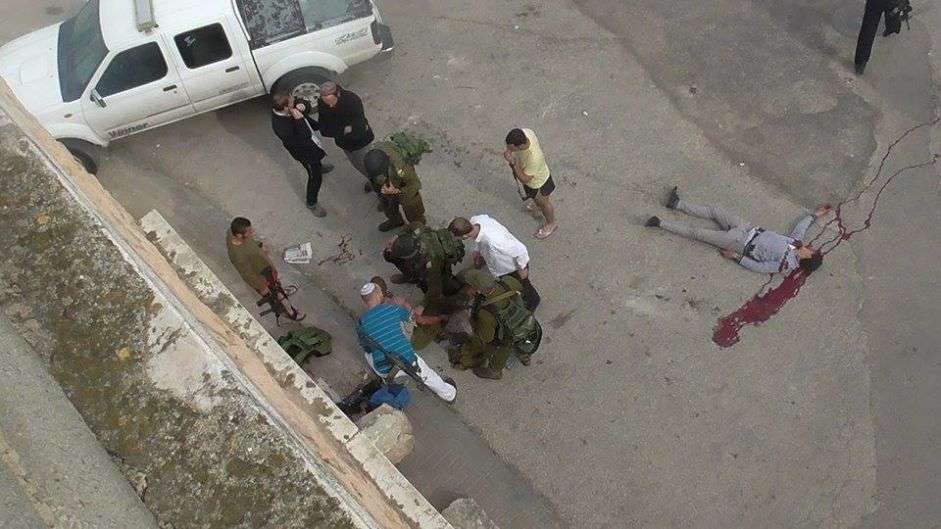 Geneva - Israeli extrajudicial executions of Palestinian civilians accused of attempting to attack Israelis are systematically practiced; even when Palestinians did not pose a real threat to Israeli soldiers, they were shot, sometimes to death, reports the Euro-Mediterranean Human Rights Monitor.

Abdul Fattah Al-Sharif, 21, and Ramzi Qasrawi,21, were executed March 24 near a military checkpoint  in the Tal Al-Ramida neighborhood at the center of Hebron. Israeli soldiers fired 10 bullets at them before leaving the men bleeding on the ground. When Al-Sharif did not die quickly, one of the soldiers approached him and shot him to death point blank. Israeli officials later announced the two Palestinians had attempted to stab an Israeli soldier.

The staff of Magen David Adom (MDA), a Red Cross-affiliated Israeli agency charged under the Geneva Convention with providing emergency medical aid to all injured parties in a conflict, provided treatment only to the soldier injured in the stabbing attempt. Thirty minutes after the incident, Israeli soldiers covered the two Palestinians with a black sheet and moved them to an unknown place.

" MDA was explicit in its discrimination against the injured Palestinians," says Ramy Abdu, PhD, chairman of Euro-Med Monitor. "This discrimination is prohibited and illegal under the International Convention on the Elimination of All Forms of Racial Discrimination, especially Article 5, which obligates signatory states to honor the right to access to medical care regardless of race, color, or national or ethnic origin."

Israel has killed more than 209 Palestinians since October 2015 , in most cases violating international law, especially Article 27 of the Fourth Geneva Convention, which dictates that " people shall at all times be humanely treated and shall be protected , especially against all acts of violence or threats thereof and against insults."

"Israel’s violations of human rights and international law have escalated in seriousness and increased in number in the last few months," says Abdu. "Extrajudicial executions around checkpoints and in and outside of Jerusalem and West Bank cities are most prominent. Sixty-one Palestinians have been executed since October 2015, when violence began to spread across Palestinian streets."