In conjunction with enforcement of new amendments, Report:Under the Microscope;Sweden and Syrian Refugee Crisis 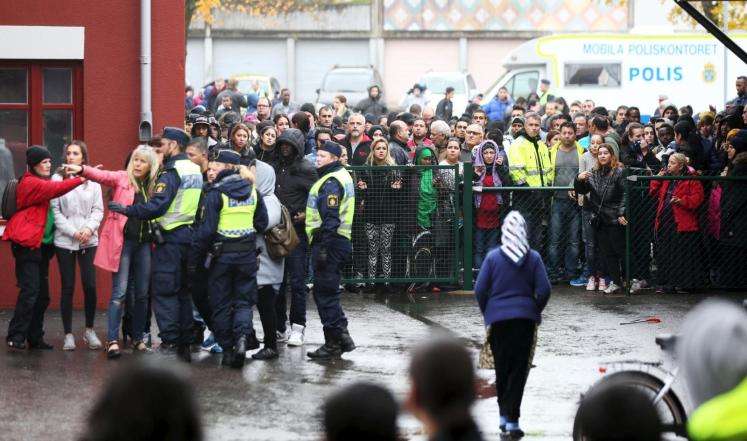 Geneva - The ongoing Syrian conflict, now entering its sixth year, has caused the worst humanitarian refugee crisis in the world since World War II. Simultaneously, the influx of Syrian refugees to Europe is severely testing the strength of the continent’s ability to provide protection and enforce human rights for all.

One of the best models for handling the refugee crisis has been Sweden. For five consecutive years, Sweden showed generosity toward Syrian refugees. However, leadership position slipped with legislation scheduled to go into effect on 20 July that restricts who can obtain permanent residency. The new regulations were supposed to enter into force on 16 April, However, new amendments have occurred at the time. These include, extend the one-year resident permit to 13 months, so that the persons who are eligible for this type of protection can still be covered by the social insurance benefits provided by the country for residents of more than one year. Moreover, the new adjustments raised a possibility to grant children- in some exceptional cases- with permanent residencies instead of only temporary ones.

To highlight the benefits of the Swedish approach, while also raising a caution about the recent changes, the Euro-Mediterranean Human Rights Monitor is releasing a new report. Titled “Under the Microscope: Sweden and the Syrian Refugee Crisis,”it examines the pros and cons of the Swedish response as a possible continental model. It also explores the recent developments and concerns that threaten to compromise the Sweden’s reputation for humanity. The report offers recommended improvements in the Swedish system and guidance to other countries looking to emulate it while avoiding the pitfalls.

To date, Sweden has accepted approximately 132,585 refugees from Syria--including an estimated 25,893 Palestinians. That’s the largest number after Germany and Serbia. Despite their comparatively exemplary treatment in Sweden, the waiting period before an asylum decision is made can be long. To date, only half of the applications submitted to the Swedish Migration Agency have been resolved. Furthermore, the report predicts the waits will become even longer, since the Swedish Migration Agency has announced that asylum applications submitted in the fall of 2015 will probably not be decided before 2017. Euro-Med Monitor describes the disastrous impact of long waits on asylum seekers, especially children and those awaiting reunification with their families.

Other issues of concern discussed in the report are the Dublin Regulation, which requires refugees to be returned to the European country in which they first entered the continent; the cumbersome and lengthy family-reunification process, which can require a year before an initial interview is granted; and increasing reports of damage to refugee shelters by xenophobic protesters. Forty-three incidents of arson targeting refugee shelters have been documented by the police since July 2015. On the other hand, Sweden is recognized for generally fair provisions related to health care, financial support, education and right to work.

The report, which is planned to be discussed by European Union bodies, concludes that notwithstanding some problematic areas in need of improvement, the Swedish response to the Syrian humanitarian crisis should be emulated, at least in part, by other European countries.