Under the Microscope; Sweden and Syrian Refugee Crisis 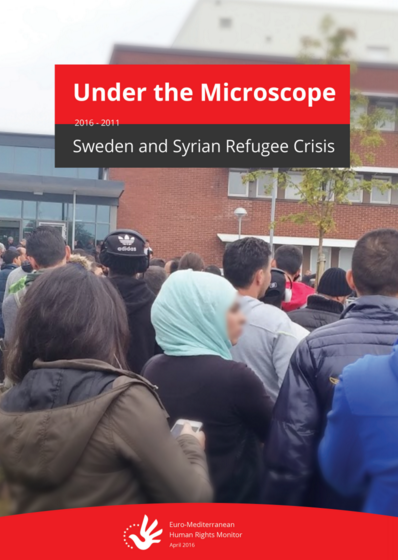 The Syrian conflict, which began in 2011 with nonviolent civilian protests and then escalated into a proxy war for control between regional powers, has created the world’s largest humanitarian crisis since World War II.

More than 7.6 million Syrians now are internally displaced and more than 4.838 million have fled the country, mainly to neighbors Turkey, Lebanon and Jordan, but also across the sea to Europe.

As a result, most of the population is in need of urgent humanitarian support for all aspects of life. In their attempts to grapple with this catastrophe, the 28 European Union member states significantly differ from each other. These distinctions are obvious both in the amount of humanitarian aid given to the region and in the numbers of Syrian refugees accepted. Overall, as a continent, much more could be contributed and is expected from Europe.

However, notwithstanding some areas in need of improvement, the Swedish humanitarian response, including its asylum system, is considered one of the best in the EU and the world as a whole. But this faces a big setback with new legislations issued by Sweden earlier in 2015, which will be implemented this July (2016), and include a backwards not only regarding the laws of Sweden, but even compared with the laws of the European Union in dealing with asylum seekers in general.

The goal of this report is to highlight the Swedish response to the Syrian refugee crisis from two perspectives; First, as a model that can be adopted, at least in part, across Europe and the world. Second, to highlight the problematic areas in the Swedish asylum system, to offer Sweden a blueprint for improvement and a guidance for other countries to avoid the same pitfalls.