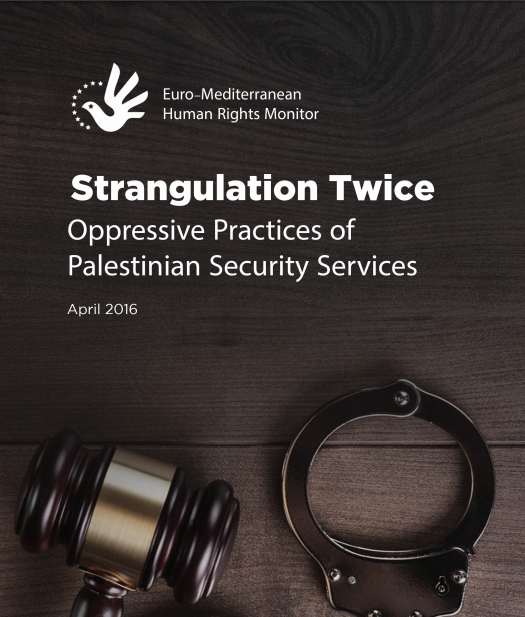 Since the internal division of 2007, the Occupied Palestinian Territories have been governed by the security forces of Fatah in the West Bank and Hamas in the Gaza Strip. This report, which covers the year 2015, reveals both forces have been guilty of violating civil liberties of our own citizens—including summons orders and arbitrary detentions based only on the targets’ political affiliations, peaceful participation in protests and dissenting opinions. Individuals belonging to either Hamas or Fatah who publicly expressed opposition to the other party were targeted, sharpening the political division and eroding the social fabric.

Statistically, violations by Fatah’s Palestinian Authority in the West Bank by far exceeded those committed by Hamas in the Gaza Strip both in 2015 and in previous years. Nonetheless, arbitrary arrests and orders to appear (summons orders) have been committed by both parties in both areas, along with related crimes such as assaults on and—in some instances—torture of peaceful protestors, organizers and journalists.

Documented in this report are 1,274 arbitrary detentions and 1,089 summons orders in the West Bank, and 117 and 98 respectively in the Gaza Strip. Incidents of torture, including physical and verbal assault, as well as humiliating treatment, were committed by both parties.

It is reprehensible that each ruling party rejects and often punishes every critique of its behavior. Shockingly, criticism is labelled as exacerbating the Palestinian division, but the violations themselves are not considered to be destructive.

Palestinians long have endured suffocation by the governments of both Israel and Egypt. These acts by their own governments is in effect “double suffocation”—strangulation from all sides, including by parties that should be their champions. We call on those Palestinians in positions of power to bring to an immediate and absolute end the repression and violations of human rights.

Palestine now is a member of several human rights conventions, most prominent of which is the International Covenant on Civil and Political Rights. And yet we document in this report numerous violations of their mandates. Our goal going forward is to keep the UN special rapporteurs updated on these violations, so they may work with us and others to ensure they do not recur, that perpetrators are held accountable and that justice is delivered.