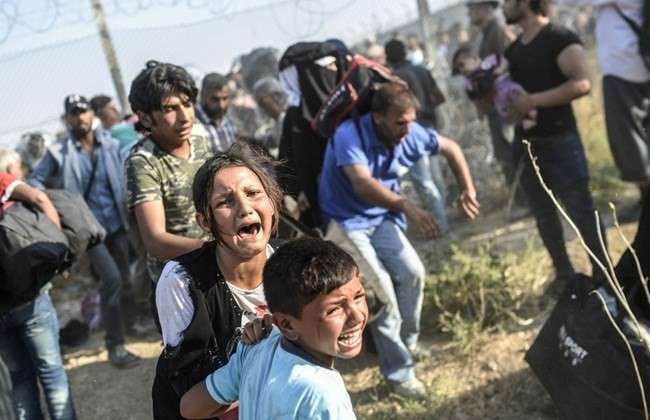 Geneva -  Eleven Syrians—including four children and two women—were killed by Turkish border guards as they attempted to cross the Syrian-Turkish border through the village of Kherbet Aljoz in Syria’s Idlib province, according to testimony collected by a Euro-Med Monitor team on June 18.

The government and news agencies concealed the news, claiming Turkish authorities were attempting to protect the border from smugglers and terrorists, and did not kill civilians. However, eyewitness testimony collected by Euro-Med Monitor from refugee families confirmed the civilian deaths. The victims—the majority of whom belong to the Alalou and Yassine families, from the Syrian town of Jarablos—had been trying to escape the control of ISIS. When they reached the town of Izaz in the northern Aleppo countryside, they hid for 15 days before a smuggler helped them get to Kherbet Aljoz in Syria’s Idlib province. Turkish border guards opened fire directly at them once they reached the border.

A 50-year-old woman whose husband, Ubaid Alalou, and three children were killed in the incident told Euro-Med Monitor that she, her husband and 14 others decided to cross the border when the smugglers said the Turkish border guards had given their permission and the area was safe.

This incident is not the first of its kind. A few days ago, Turkish border guards killed Ammar Alquoja, originally from the town of Jarablos. As with the most recent incident, the Turkish army said its “soldiers do not open fire at civilians, only at smugglers”—a statement that eyewitnesses and survivors said did not reflect reality.

“Syrian refugees seeking safety in Turkey are facing refoulement as well as lethal force from Turkish border guards,” says Ihsan Adel, Euro-Med Monitor legal adviser. Every day, nearly 100 refugees are forced to return to their homes in Syria, in addition to thousands of asylum seekers who arrive in Turkey from Greece and are forced to turn back.

“No one can deny Turkey’s support of Syrian refugees during the past years. However, shutting the doors on them and forcing them to return to their war-torn country can never be justified,” says Adel. “Turkey must respect the Note on Expulsion of Refugees, which states that contracting states shall not expel a refugee who lawfully reach their territory.”

The Euro-Mediterranean Human Rights Monitor calls on the Turkish authorities to open an urgent investigation into the incidents in which refugees have been killed on the Syrian-Turkish border and bring the perpetrators to justice. Turkish authorities also must immediately order border guards to halt the use of excessive force when dealing with refugees.