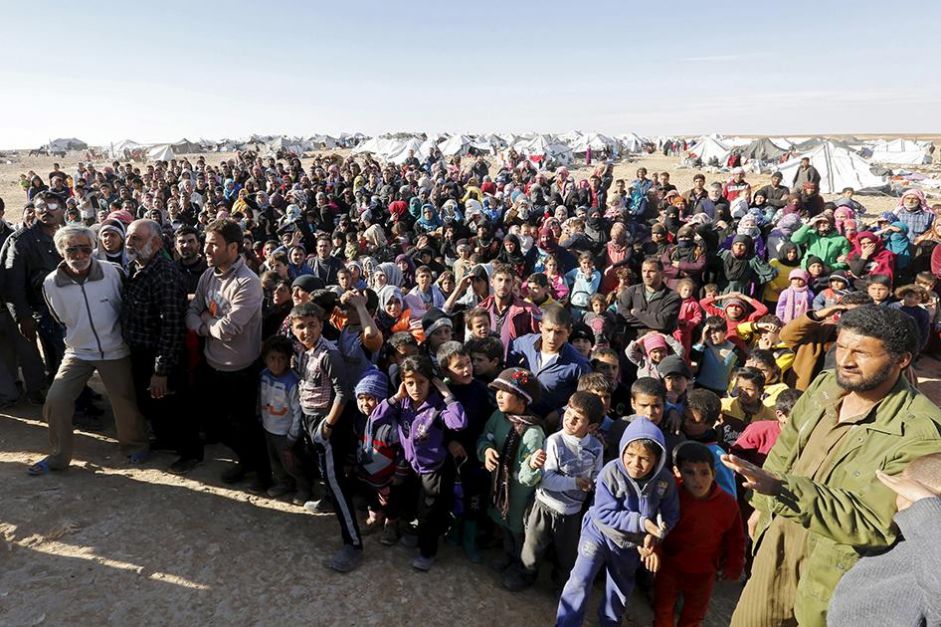 Jordan should immediately allow humanitarian agencies to resume life-saving aid deliveries to 70,000 Syrians stuck in appalling conditions at its northeastern border. The authorities should also resume procedures allowing Syrians to leave the border area for refugee screening in Jordan.

Jordan suspended almost all aid to the 70,000 people, mostly children and women, on June 21, 2016. The action followed an attack by the extremist armed group Islamic State, also known as ISIS, on a nearby border post that killed seven Jordanian soldiers and wounded 13.

“Jordan should not be punishing Syrian children, women, and men fleeing the same atrocities that killed Jordanian soldiers,” said Gerry Simpson, senior refugee researcher and advocate at Human Rights Watch. “Other countries should do all they can to help Jordan keep its border open to those in need.”

Jordan hosts 655,000 Syrian refugees. Butsince July 2014, the authorities have trapped tens of thousands of other Syrian asylum seekers for months at a time in a barren desert area just north of a raised sand barrier, or “berm.” The barrier marks the limit of a demilitarized zone inside Jordan, several hundred meters south of the Syrian-Jordanian border. Jordan had allowed aid agencies to provide limited food, water, and medical aid to the increasing numbers stuck in the area, while they await transfer to refugee screening centers.

Aid agencies told Human Rights Watch that since the June 21 attack, Jordan has allowed no one to leave the berm area to enter Jordan, including at least 15 people injured in fighting in Syria. On June 21, Mohammed al-Momeni, the Jordanian government spokesman, told a local newspaper that Jordan would “close that … [border] crossing … and consider the area a closed military zone.” He also said that Jordan would not expand existing refugee camps, implying that no one would be allowed to leave the berm area and move to Jordan’s Azraq refugee camp.

Since the attack, the United Nation’s World Food Program, the International Committee of the Red Cross, and Médecins Sans Frontières (MSF) have reported that Jordan has stopped all food and medical aid deliveries, and almost all water deliveries to the 70,000 people aid agencies say are living in tents near the berm, half of whom are children. People stuck at the berm rely on food and medical assistance for survival.

MSF said that between May 16 and June 20, it had treated 3,501 people living at the berm with a range of medical needs, including people with skin diseases, over 200 children suffering from malnutrition and diarrhea, and 450 pregnancy-related cases.

In December 2015, the UN High Commissioner for Refugees (UNHCR) saidthat Jordan was putting the lives of refugees at risk by trapping them at the berm, including “women …giv[ing] birth in unsanitary and unhygienic conditions, … [people with] respiratory tract infections, gastroenteritis, skin disease… diarrhea, vomiting and acute malnutrition.”

According to media reports, al-Momeni said that helping those trapped at Jordan’s closed border is “an international problem and not the responsibility of Jordan.”

Until June 21, 2016, aid agencies say Jordan was allowing some Syrians to enter Jordan for refugee screening. In March 2016, the Jordanian authorities said they would increase the rate to about 500 a day. By the end of June, the UN had confirmed that 21,300 Syrians had registered in the Azraq refugee camp, where they have been held in restricted areasdesigned to facilitate security screening.

As of June 1, UNHCR had registered 655,000 Syrians in Jordan. Human Rights Watch hasrepeatedly called for other countries to increase their assistance to Jordan and to resettle greater numbers of the Syrian refugees living in Jordan. International donors should also step up assistance to Jordan and aid agencies working on the Syria crisis, including through long-term development funding. The UNHCR Jordan office, which coordinates the refugee response, has raised only 29 percent of its US$1.1 billion budget goal for 2016.

“Countries expressing concern for the plight of Syrian refugees need to put their money where their mouth is, but Jordan should not use this as an excuse to put the lives of tens of thousands of Syrians stuck at its border at risk,” Simpson said.