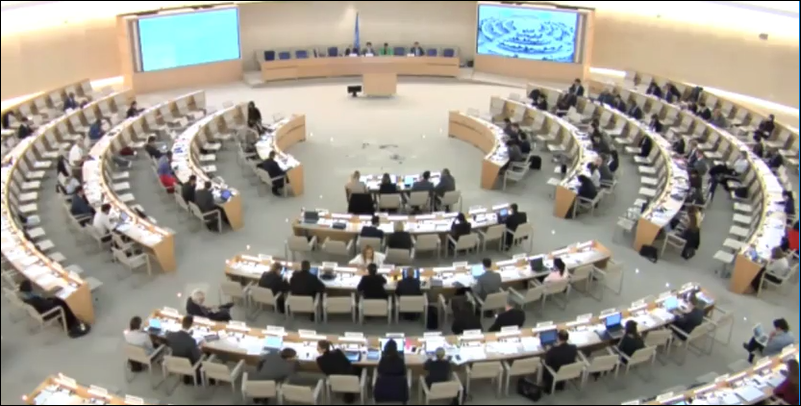 Geneva - Three concerns related to the increase in discrimination against persons of certain nationalities and religions, as well as against free speech, were delivered this week by the Euro-Mediterranean Human Rights Monitor to the United Nations Human Rights Council during its 33rd session.

The first concern focused on the recent agreement between Facebook and Israeli authorities to work together to determine how to control what they consider to be “incitement.” The Euro-Med Monitor representative asked the council's position on the appropriateness of deals between governments and powerful media companies to control freedom of speech - especially when the platforms in question serve as citizen journalists’ only vehicle for speaking out.

“It seems more likely that the government of Israel is intent on discriminating against the narrative of a people who are under its boot of occupation,” noted Adel Othman, Euro-Med Monitor representative. “Since the collaboration was announced, Israel has jailed a number of Palestinians, including journalists, alleging ‘incitement’ for news or opinions they have posted to Facebook. One question the council must answer is what can be done to prevent the collaboration of entities with massive power to deprive individuals of the one ‘weapon’ they have – their voice?”

The second concern raised by Euro-Med Monitor related to recent statements made by officials of EU member states advocating that refugees of particular faiths and nationalities be treated differently than others.

For example, Hungary is establishing a special government office to help Christians who face persecution, at the same time that Prime Minister Viktor Orban has called Muslim migrants a “poison” that threatens the security and culture of Europe.

Finally, Euro-Med Monitor deplored the comments of Lebanon’s Foreign Minister, Gebran Bassil, who expressed support for prohibiting Lebanese women who marry Syrians or Palestinians from passing on citizenship to their children. Euro-Med Monitor noted that this policy is discrimination against people of Palestinian and Syrian nationality as well as an assault on gender equality.

"Expelled from their homeland to Lebanon 68 years ago, Palestinian refugees still are deprived of basic rights"  Othman told the council. "It is time to end this discrimination, rescue Palestinians from the oblivion to which we have all sentenced them and work with Lebanon to restore their basic dignity."