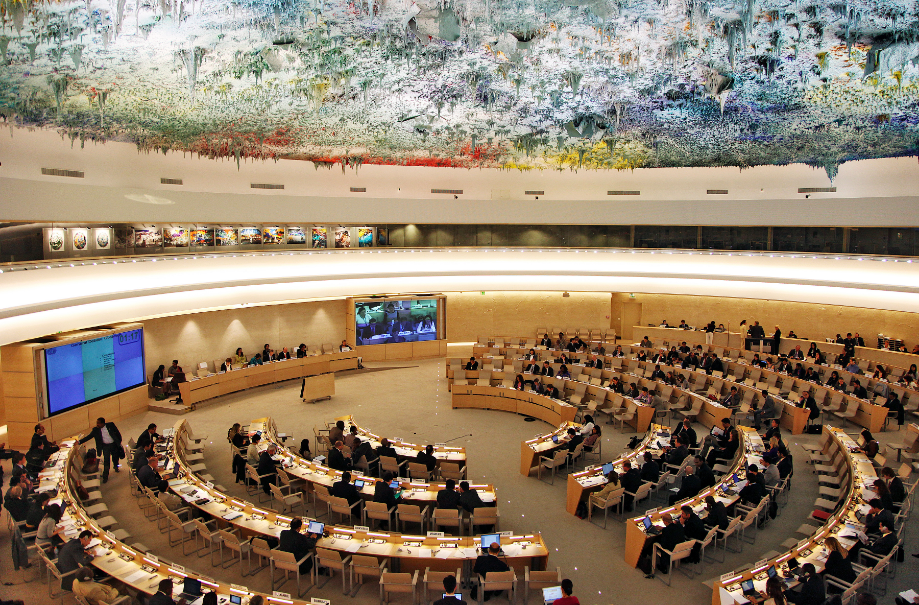 Geneva- London –The Algerian government’s refusal to condemn the Syrian military’s aggression against civilians should be censured by the international community, says the Euro-Mediterranean Human Rights Monitor and the Syrian Network for Human Rights. Their joint statement was issued in the wake of Algeria’s refusal to endorse the UN Human Rights Council’s condemnation of the Syrian regime’s kidnapping and torture of civilians.

The Human Rights Council approved the resolution in its 33rd session September 27. Algeria is the only Arab country whose government did not endorse it.

“Algeria’s implicit tolerance for the Syrian regime’s war crimes exempts the forces of Bashar Al-Assad from accountability and punishment,” says Fadel Abdulghani, chairman of the Syrian Network for Human Rights. “This is not the first time the Algerian government has exhibited indifference to the suffering of the Syrian people and the human rights violations committed against them, including murder, torture and expulsion.”

In 2015, Algeria opposed another resolution related to the dangers and deterioration of the humanitarian situation in Syria, breaking with the majority of 29 states that approved it. Earlier, in the same year, Algeria was the only Arab state to stand against a draft UN resolution proposed by the Saudi Arabia, UAE and Qatar, condemning all violations of human rights and abuses of international law by Syrian regime forces and their allied militias. The resolution was endorsed by 106 states, 34 abstained from voting and 13 opposed it—including Algeria.

Euro-Med Monitor and the Syrian Network are calling on the Algerian government to reconsider its position on the Syrian crisis and join with other Arab countries to support Human Rights Council resolutions demanding the cessation of violence against civilians and application of international law.