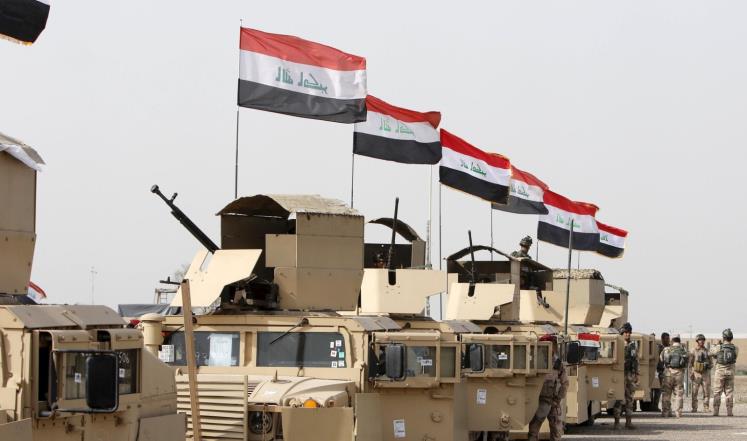 ISIS is creating humanitarian crisis in Mosul, but government/international forces are contributing to mayhem

Geneva — A humanitarian crisis in the Mosul, Iraq’s second-largest city, is looming in the wake of the military operation launched nearly a week ago to evict ISIS militants, warns the Euro-Mediterranean Human Rights Monitor. Dozens have been killed, reports are surfacing of civilians being used as human shields and mass evacuations are underway in some neighborhoods.

“More than a million human beings, making up two-thirds of Mosul’s entire population, are at risk,” warns Ihsan Adel, Euro-Med Monitor legal adviser. "The Iraqi government and international forces must take responsibility for their role in causing this crisis and until peace can be restored, a way must be found to deliver aid to the hardest-hit.”

Incoming reports from Mosul indicate that members of ISIS have prevented residents from fleeing to Iraqi army-controlled areas, with some executed for rebellion against the militants’ rule.

The Office of the United Nations High Commissioner for Human Rights (OHCHR) announced that ISIS forces drove almost 550 families from the villages of As-Semalyya and An-Nejafyya in just the last week.

Residents were forced to gather in the center of the city, in what seemed to be an effort to use them as human shields against the advance of the Iraqi army. However, ISIS is not alone in committing human rights violations. Euro-Med’s field research team reports that Iraqi security forces and Kurdish militia members have detained almost 1,500 civilians inside a mosque and a school in the Dybka refugee camp, located in the Makhmoor District east of Mosul.

They also have arrested hundreds of civilians in the captured villages under the pretext that they are suspected of harboring ISIS militants. Unauthenticated reports received by Euro-Med charge that the Iraqi police followed the army into the city on 21 October, executing villagers of An-Ni’na’a, located south of Mosul, under the same pretext.

Some witnesses said Iraqi warplanes, supported by international coalition forces, bombed a funeral assembly in the city of Daquq, Karkouk province, on the same day—killing at least 20 people, mostly women, and injuring dozens of others. The city of Mosul is home to about 1.5 million people, including at least 600,000 children, who are suffering from severe shortages of food, water and medical supplies due to the siege.

Local hospitals are monopolized by ISIS for treatment of its own members and supporters. About 650 families already have fled Mosul and the larger Al-Hemdanyya District to the Al-Hood Camp. Another 40 families have been evacuated from the Makhmoor District east of Mosul.

Meanwhile, more than 900 civilians have fled to Al-Hool Camp just north of the Syrian border, while 700 others escaped across the Turkish-Iraqi border. “Euro-Med calls on the Iraqi government and the coalition forces participating in the military operation to respect the rights of civilians, protecting and providing them with food and medication,” says Adel adding that immediate steps must be taken to more safely house and process the thousands of displaced residents.

"Until peace can be restored, military force must adhere to the principle of proportionality stipulated in international humanitarian law. Leaks from inside Mosul indicate there are only about 5,000 ISIS fighters, suggesting they can be ousted without such mass carnage.