Recorded ‘Honor’ Killings on the Rise in Jordan 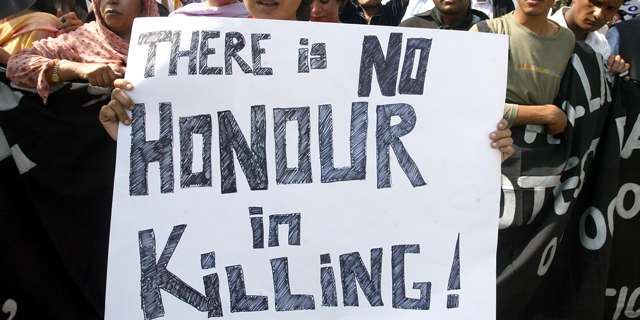 On October 7, a 36-year-old mother of three was reportedly beaten and strangled in her home just east of Jordan’s capital Amman, allegedly at the hands of her ex-husband. The following day, in another case, an 18-year-old man shot and murdered his 20-year-old sister in the town of Madaba after he reportedly discovered that she had a phone that their family didn’t know about.

In just a one-week period this month, Jordanian media reported six women killed in the name of “family honor.” This spate of violence has renewed attention to “honor” killings in the country, particularly since these murders occurred so close together.

Typically, there are between 15 and 20 reports of so-called “honor” killings each year in Jordan – primarily women and girls who are brutally murdered by their male relatives over suspicion of relationships outside of marriage, or other actions that supposedly impinge on family “honor” in conservative societies.

Even before the bloody week in early October, so-called “honor” killings were on the rise in Jordan. The Sisterhood is Global Association, which tracks women’s rights issues in the country, noted a 53 percent rise in such killings in 2016, with 26 “honor” killings so far this year compared to 17 for all of 2015.

The Sisterhood wants to set up a national system to track how many of these murders are committed, but also other key elements like their cause, the relationship between the attacker and the victim, and the sentences handed down against the perpetrators.

Monitoring would help, but if the Jordanian government is serious about ending this bloodshed it should publicly denounce so-called “honor” crimes, and develop a national strategy to stop them. This strategy should include changing the law which currently lets perpetrators of these crimes to receive lighter sentences if the victim’s family drops their claim, which often happens in these cases.

Because “honor” killings are murder, pure and simple, Jordanian authorities need to ensure that victims receive justice regardless of the perpetrator.