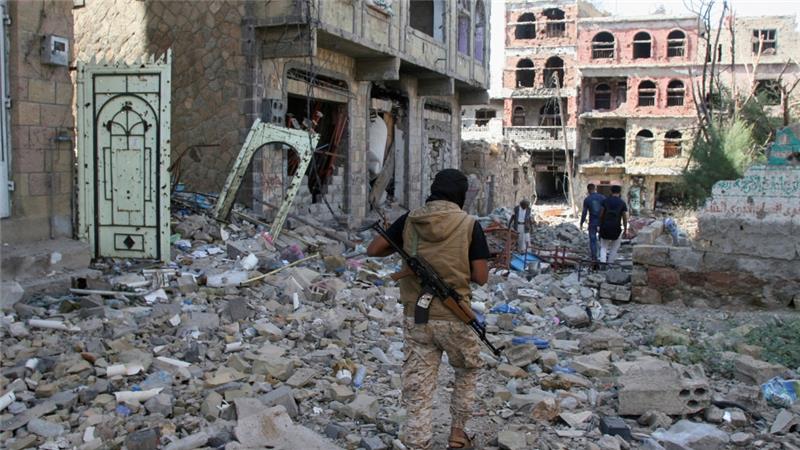 An air strike by an Arab coalition battling Yemeni rebels killed 12 civilians in the northwest of the country on Wednesday, rebel media and witnesses said.

Six others were wounded in the raid that targeted a vehicle in Hiran, in Hajja province, reported the sabanews.net website that is controlled by Shia Houthi rebels.

Witnesses said the victims were on their way to a market.

No immediate response to the reports came from the Saudi-led coalition fighting the Iran-backed rebels.

Violence in Yemen has increased since a 48-hour ceasefire ended on Monday.

The Arab coalition fighting in support of President Abd-Rabbu Mansour Hadi's government has come under repeated criticism over civilian casualties during its operations in Yemen.

It admitted in October to killing 140 people in an air strike on a funeral in the capital Sanaa, blaming the deaths on "incorrect information".

More than 40 people were killed in clashes on Tuesday between the rebels and government forces across the country.

The Houthis overran the capital and other parts of the impoverished country in September 2014, prompting the Arab coalition to intervene six months later in support of Hadi.

'Fear and intimidation' in Taiz

Amnesty International on Wednesday accused pro-government Yemeni forces fighting Houthi rebels for control of the southwestern city of Taiz of harassing medical staff and endangering civilians by stationing combatants among them.

Civilians in Taiz, which had a pre-war population of 300,000, have been trapped by intense fighting with bodies lying in the streets and hundreds of people wounded this week, the International Committee of the Red Cross said on Tuesday.

Popular Committee fighters hold most of Taiz, Yemen's third-largest city, but are hemmed in by the rebels on three sides.

"There is compelling evidence to suggest that anti-Houthi forces have waged a campaign of fear and intimidation against medical professionals in Taiz," said Philip Luther, research and advocacy director at Amnesty's Middle East and North Africa wing.

"By positioning fighters and military positions near medical facilities they have compromised the safety of hospitals and flouted their obligation to protect civilians under international law."

Officials from Hadi's government said they were studying the Amnesty report and would respond.