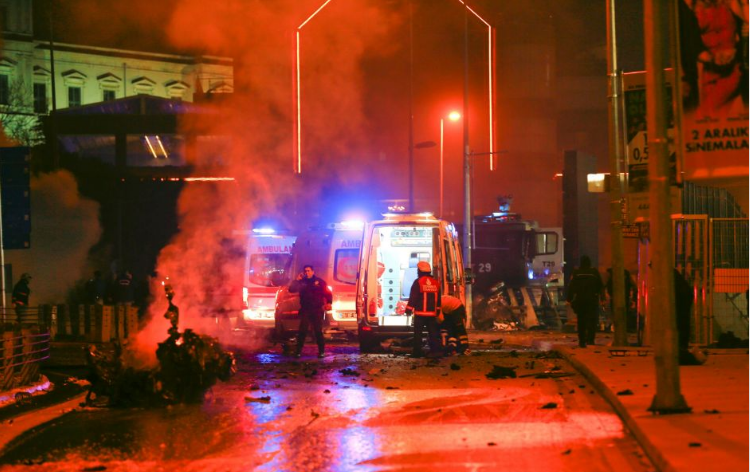 Geneva - The bombings that rocked cities in Turkey, Egypt and Iraq Sunday are stark reminders that  terrorism is a growing phenomenon affecting persons of all religions, cultures and races—and thus requires a response marked by unity and solidarity, not division and demonization, says the Euro-Mediterranean Human Rights Monitor.

“As usual, government officials both in the affected countries and around the world are responding with condemnations, as they should, but also with calls for revenge,” says Pam Bailey, international secretary for Euro-Med Monitor. “However, we have seen what revenge brings us: a never-ending cycle of violence. What is needed is a coordinated strategy that is focused on root causes and a strengthening of civil society. Instead, we are locked in an eye-for-an-eye mentality that in the process reinforces dictatorial regimes that fueled the unrest to begin with.”

In one day on December 11, terrorist attacks hit:

“Just as the solution to massive numbers of refugees seeking asylum is not walls and attack dogs, lasting relief from terrorism will not be found by responding in kind,” says Bailey. “Military attacks, which always also bring with them ‘collateral damage’—the euphemism for murder of innocents, often produce immediate gains, they are invariably short-term.”

Euro-Med Monitor calls for a summit of both government and civil society leaders that is charged with developing an “early-warning” system for identifying societies at risk; immediate and long-term methods to alleviate poverty and other dynamics that feed desperation; and both carrots and sticks to pressure repressive governments into systemic reforms.

“Fighting terrorism with terror has become the standard response,” says Bailey. “It is time to step back and try a different approach. Our future demands it.”