Stop the Deportation of the Domestic Workers & Activists: Sujana and Rosa 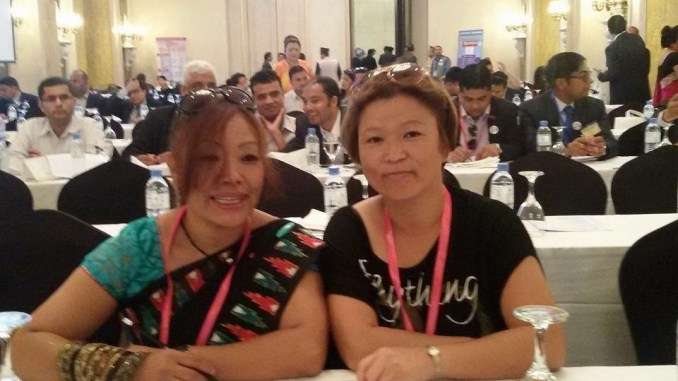 Sujana Rana was deported on Saturday despite all efforts to suspend the decision and allow her to assign a lawyer to defend charges. A testimony about her detention conditions and treatment was taken, and will be shared with the public. The official charges against Sujana accuses her of aiding other migrant domestic workers to leave employers house. Sujana was made to sign statements in Arabic, a langauge she doesn’t read. Local Organisations are still trying to follow up on Rose’s case as she is still detained and no information about her situation is currently available since the GS is not sharing any information. She as well is facing the risk of deportation, and is still denied the right to lawyer.  We are urging International organisations to make statements and pressure the General Security to release Rose immediately.

We the undersigned organizations, have been informed that Sujana Rana and Rose Limu Jee, Nepalese nationals and members of the Domestic Workers Union have been have been arrested last week (Sujana 9 days ago and Rose 5 days ago) and are currently detained by the General Security in Beirut, Lebanon. We were also informed that Sujana is under threat of being deported on Saturday, December 10, 2016. Still, we have no information on Rose’s legal status.

The reasons behind the arrests are still unclear as the Lebanese General Security did not release any statement or official accusations. Sujana and Rose have legal residency and work permits in Lebanon. They were taken and arrested from their employers’ house. We are extremely concerned about their arrest and the sudden, very fast decision to deport them without any judicial oversight or without them being allowed to receive visits or assign a lawyer.

We would like to remind the Lebanese authorities that Lebanon has ratified the International Covenant on Civil and Political Rights (ICCPR) which is considered to be a part of the Lebanese Constitution. Accordingly, article 13 of the ICCPR states that an alien lawfully in the territory of the State may be expelled therefrom only in pursuance of a decision reached in accordance with law and shall be allowed to submit the reasons against his/her expulsion and has the right to assign a lawyer to represent her/him.

Sujana and are defenders of domestic workers rights in Lebanon, and have exerted efforts for years in documenting and exposing violations against migrant domestic workers caused by the Kafala/sponsorship system in Lebanon. This system, which is based on administrative instructions, links the legal stay of a domestic worker in Lebanon with one employer where she has no right to change this employer without their consent. Moreover, it does not grant any legal protection to migrant domestic workers as they are explicitly excluded from the Lebanese Labour Law. Thereby, the Kafala system denies them from the right to freedom of movement, rest, minimum wage, and several other basic human rights, most importantly right for assembly and association.

The case of Sujana and Rose today proves yet again the legal vulnerability of migrant domestic workers are in Lebanon as their fate is always fully controlled by the authorities and employers. The latest action by the General Security raises the suspicions on the possibility of the existence of discriminatory measures against the defenders of human rights and the right to freedom of association guaranteed in the Preamble of the Lebanese Constitution.

Based on the above, we ask of the General Security to:

– Immediately release Sujana and Rosa due to the suspicion that their arrest was on the ground of their union work, and in all cases officially disclose the reasons behind their arrest and detainment in view of the gravity of abuse and infringement in similar cases.

– Abstain from any discriminatory measures against Sujana and Rosa on the ground of their human rights and union work in respect to the right of freedom of assosiation protected by the Lebanese Constitution and International Covernants and Conventions, especially in the context of the legal and practical imbalance existing in the current relation between domestic workers and employers.

– Suspend the sponsorship system, which creates an easy entry point for human trafficking and for ample human rights abuses.