Left Behind in Aleppo 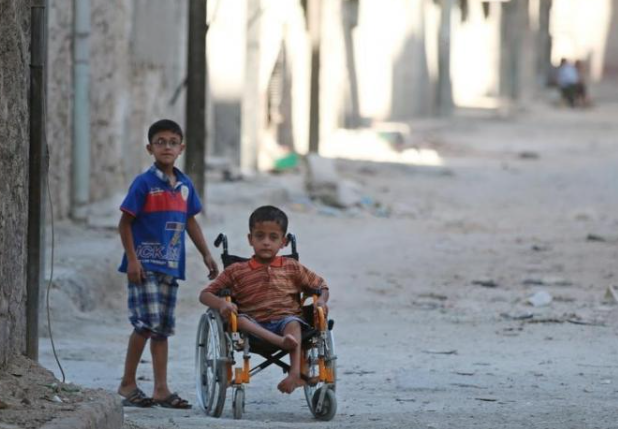 Amidst the desolation of the Syrian civil war, there they were – 148 people, trapped for days inside a former home for older people named Dar Al-Safaa in Aleppo’s Old City. Most of them had disabilities, ranging from physical disabilities to mental health conditions. With only five remaining staff, they had been left to die as heavy fighting paralyzed the city, where clashes between pro-Syrian government forces and armed opposition groups prevented evacuation, according to the International Committee of the Red Cross (ICRC).

On December 7, 2016, an operation by the ICRC and the Syrian Arab Red Crescent evacuated them. The humanitarian team, entering the crumbling facility, faced a bleak scene: People wore few clothes, many looked dazed. To one side lay the bodies – eleven people had died, either from lack of medication or crossfire.

I worked as a humanitarian worker monitoring violations against children in the Sudan conflict and came across many war atrocities, but nothing like this. People are keenly aware of children’s plight in armed conflict. But people with disabilities are often largely invisible. Or in Aleppo, trapped in the middle of the battleground.

In this war, all Syrians have been made to bear far too much. Providing humanitarian aid is challenging at best, at times impossible. But governments, United Nations agencies, and humanitarian organizations should develop the skills and know-how to ensure assistance reaches everyone, particularly those most in need.

Otherwise, people with disabilities will remain invisible victims of armed conflicts left behind in homes, hospitals, or institutions, far away from the public gaze and the reach of assistance.