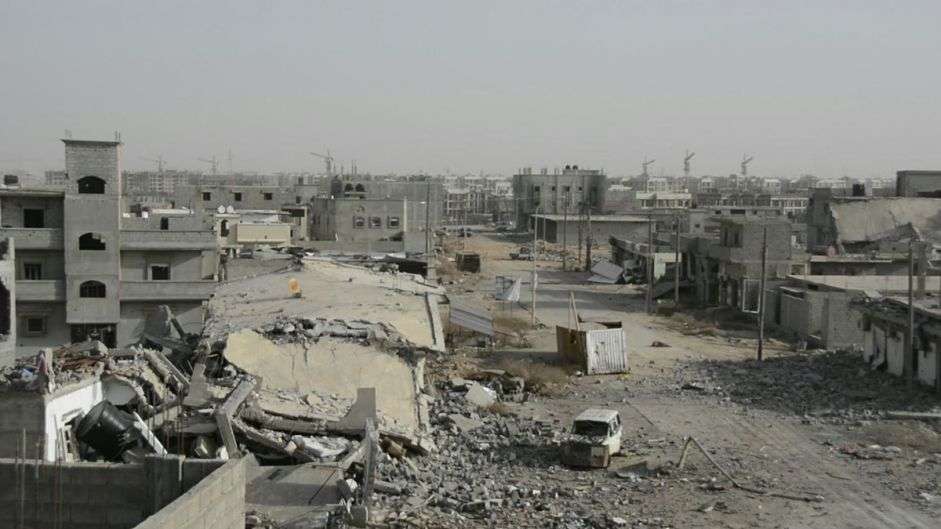 Geneva – Libya’s Ganfoda, a town in Benghazi, is on the brink of a humanitarian crisis, warns the Euro-Mediterranean Human Rights Monitor. The town has been besieged by retired Gen. Khalifa Haftar’s Libyan National Army forces since July 2014 and under continuous air and ground attack for more than a year and a half, preventing civilian access to food and medical aid as well as evacuation of more than 170 families.

Ambulance crews cannot enter the town due to the intense bombing, and the months-long power cuts have resulted in a severe shortage of drinking water, food and medicine.

“There is no reason to allow the Libyan National Army forces to treat children and women as militants, preventing them from leaving,” says Yahya Ashraf, Euro-Med researcher for North African affairs. “Children in particular are protected by international law, and yet they are being used as bait to influence their families.”

The people of Ganfod—which is under the control of the Shura Council of Benghazi Revolutionaries—also are experiencing extreme food insecurity, since aid has been cut off due to the tightened air and ground siege on most of the town’s entry points. In addition, the intensity of the fighting has caused warehouses to run out of dry foods and prevented the Libyan Red Crescent Society from providing any humanitarian relief since July 2014. Meanwhile, children have been deprived of the right to education due to the targeting of the town’s school.

Families in the town live in constant fear due to the continued air strikes. Escape via the coastal road is impossible, since Libyan National Army forces have widened the scope of the siege. Residents are at risk of detention and prolonged investigation if they attempt to cross the Libyan National Army’s checkpoints. These circumstances have almost totally limited freedom of movement.

The Libyan Government of National Accord announced earlier that it is unable to end the blockade, claiming the town is not under its control.

“All parties must comply with the dictates of international law, which protect the right of women and children to shelter, food, medical aid and other basic rights during emergencies and armed conflict,” says Ashraf, citing the Universal Declaration of Human Rights, International Covenant on Civil and Political Rights, and the Declaration of the Rights of the Child. “The presence of militants in the town does not justify the Libyan National Army’s siege on civilians.”

Euro-Med Monitor calls on all parties to the conflict to allow the civilians of Ganfoda to leave the town safely and receive humanitarian aid. It also calls on the Libyan National Army to lift the blockade in compliance with the Rome Statute of the International Criminal Court and immediately stop targeting civilians.