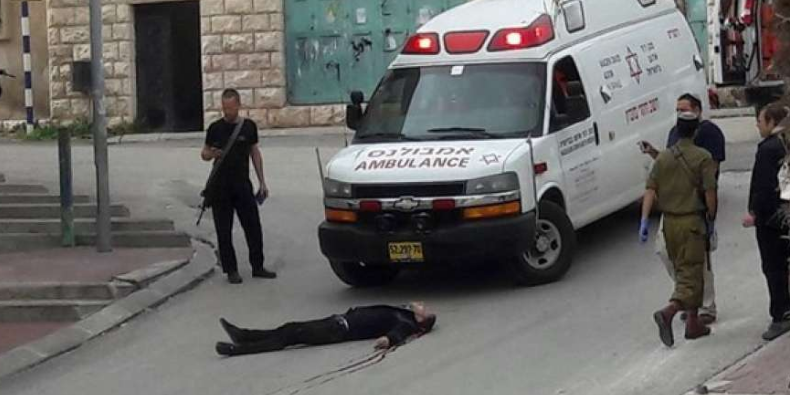 Geneva—The decision of the military court to find Israeli soldier Elor Azaria guilty only of involuntary manslaughter for the murder of a Palestinian citizen sends the clear message that impunity reins even in the country’s judicial system, says the Euro-Mediterranean Human Rights Monitor.

Azaria shot and killed Abdel-Fattah Alsharif and Ramsey Qasrawi, both 21, at a checkpoint in the Tel Rumeida area of the West Bank town of Hebron March 24. After the young men attempted to stab an Israeli soldier, troops fired at least 10 bullets at the pair. When they were lying on the ground, wounded, Azaria soldier walked over and shot Alsharif at close range.

“The Israeli military court relied for its verdict on the statements of defense lawyers for the soldier, who claimed that Azaria did not intend to kill Alsharif,” notes Ihsan Adel, Euro-Med Monitor legal adviser. “However, video footage and eyewitness testimonies gathered by the Euro-Med Monitor team document that the Palestinian was killed with deliberate aim.”

After the soldiers opened fire on the two Palestinians, Magen David Adom—an Israeli rescue organization—provided urgent medical care to the Israeli who was lightly wounded as a result of the stabbing.

However, no aid was provided to the Palestinians, and after half an hour the soldiers covered the two young men with a black sheet.

“The light charges and the total absence of deterrent measures demonstrates the lack of seriousness of the Israeli judiciary, destroying any semblance of accountability,” says Adel. “There is a clear bias for the soldiers' narrative, with the judiciary ignoring contrary facts.”

The last few months of 2015 saw a remarkable rise in extrajudicial killings by Israeli authorities in the Palestinian territories. Israeli soldiers are quick to fire on civilians alleged to have attacked Israelis, even when no further threat is posed and other means of apprehension are clearly available.

Euro-Med Monitor calls on the Special Rapporteurs of the United Nations for extrajudicial killings and the occupied Palestinian territories to carry out a special investigation.