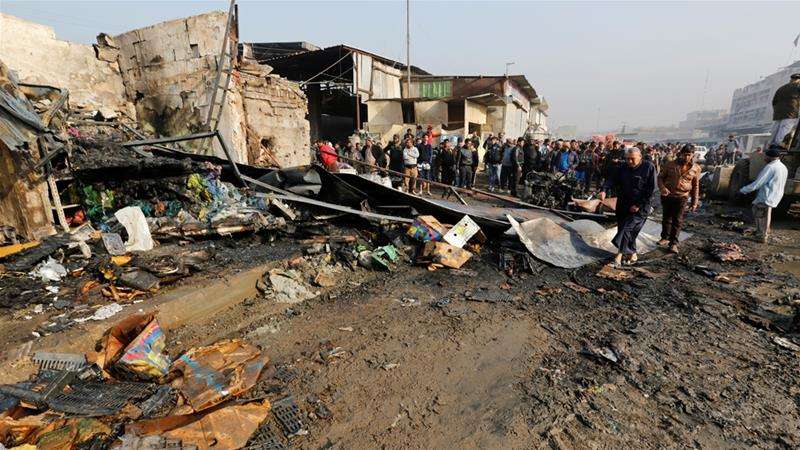 At least 12 people have been killed and 50 wounded in a car bomb blast in eastern Baghdad, police and medics say, in an attack claimed by the armed group the Islamic State of Iraq and the Levant (ISIL).

In an online statement, ISIL said that a suicide car bomber carried out the attack.

Jamila is the main wholesale vegetable market in Baghdad and lies in Sadr City, which has been repeatedly targeted.

A series of attacks in the Iraqi capital and other cities in just over a week has killed dozens of people.

Several have been claimed by ISIL, also known as ISIS, which is coming under increasing pressure from an offensive in Mosul, its last major stronghold in Iraq.

The most recent major attack claimed by ISIL, was on January 2 -- also in Sadr City -- when a suicide bomber blew up a vehicle packed with explosives among a crowd of day labourers waiting for work, killing 35 people.

In July, a car bomb attack also claimed by ISIL at a shopping district in the busy days before the end of the Ramadan fast killed almost 300 people, the worst such incident in years.