Yemen: No Accountability for War Crimes 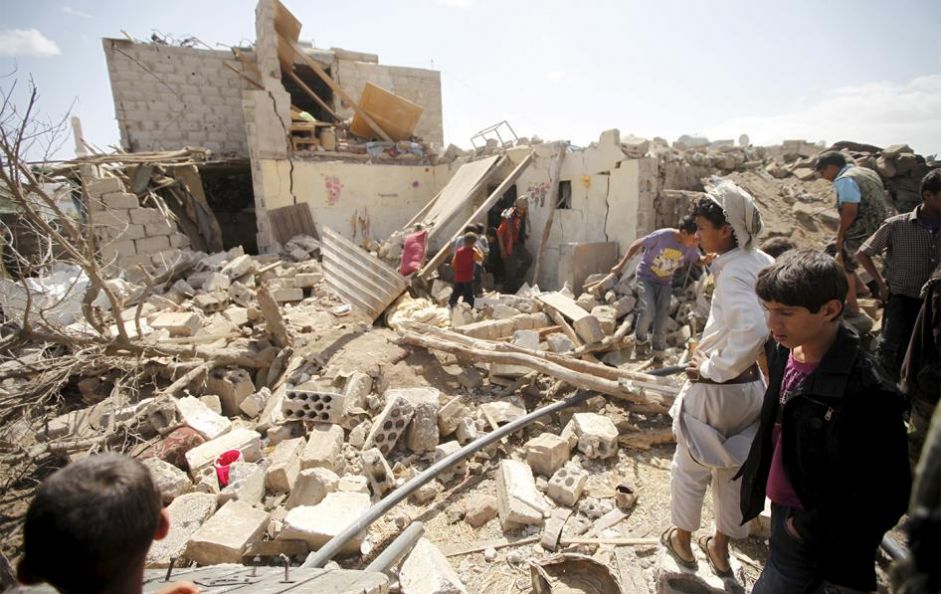 (Beirut) – Parties to Yemen’s armed conflict violated the laws of war with impunity in 2016, Human Rights Watch said today in its World Report 2017. Concerned governments should seek accountability for past and ongoing violations and immediately suspend arms sales to Saudi Arabia.

The Saudi Arabia-led coalition has carried out military operations, supported by the United States and United Kingdom, against Houthi forces and forces loyal to former President Ali Abdullah Saleh since March 2015. The coalition has unlawfully attacked homes, markets, hospitals, schools, civilian businesses, and mosques. As of October 10, 2016, at least 4,125 civilians had been killed and 6,711 wounded, the majority by coalition airstrikes, according to the United Nations human rights office.

"None of the forces in Yemen’s conflict seem to fear being held to account for violating the laws of war,” said Sarah Leah Whitson, Middle East director at Human Rights Watch. “UN members need to press the parties to end the slaughter and the suffering of civilians.”

In the 687-page World Report, its 27thedition, Human Rights Watch reviews human rights practices in more than 90 countries. In his introductory essay, Executive DirectorKenneth Roth writes that a new generation of authoritarian populists seeks to overturn the concept of human rights protections, treating rights as an impediment to the majority will. For those who feel left behind by the global economy and increasingly fear violent crime, civil society groups, the media, and the public have key roles to play in reaffirming the values on which rights-respecting democracy has been built.

Both sides to the conflict have repeatedly violated the laws of war. Human Rights Watch has documented 61 apparently unlawful Saudi-led coalition airstrikes, some of which may amount to war crimes. The coalition has also used internationally banned cluster munitions. Neither the US nor the UK have suspended arms sales to Saudi Arabia despite increasing evidence of their use in the conflict and the coalition’s failure to credibly investigate alleged violations. In 2015, the US approved more than US$20 billion worth of weapons sales to Saudi Arabia, and the UK approved arms sales worth $4 billion.

Since taking control of the capital, Sanaa, in September 2014, the Houthis and their allies have carried out a campaign of arbitrary detentions and enforced disappearances against perceived opponents. They have launched artillery rockets in indiscriminate attacks into southern Saudi Arabia and in Yemen, killing 475 civilians and wounding 1,121 between July1, 2015, and June 30, 2016, according to the UN. Houthi and allied forces have also laid banned anti-personnel landmines that have killed and wounded dozens of civilians.

None of the warring parties credibly investigated their forces’ alleged laws-of-war violations in Yemen. The coalition-appointed Joint Incidents Assessment Team (JIAT) released findings that differed drastically from those of the UN and others. The US, a party to the conflict by providing targeting intelligence and in-air refueling for coalition attacks, is not known to have investigated any alleged unlawful strikes in which its forces may have taken part.

As of November, the US reported it had conducted 28 drone strikes in Yemen in 2016, killing dozens of people described as Al-Qaeda in the Arabian Peninsula (AQAP) operatives. Both AQAP and armed groups linked to the Islamic State, also known as ISIS, claimed responsibility for numerous suicide and other bombings that have unlawfully killed dozens.

Parties to the conflict block or restrict critical relief supplies from reaching civilians, deepening the country’s crisis. The coalition has imposed an air and naval blockade on Yemen, limiting the importation of vital goods, and Houthi and allied forces have confiscated food and medical supplies from civilians entering Taizz and blocked aid from reaching the city, contributing to the near collapse of its health system.