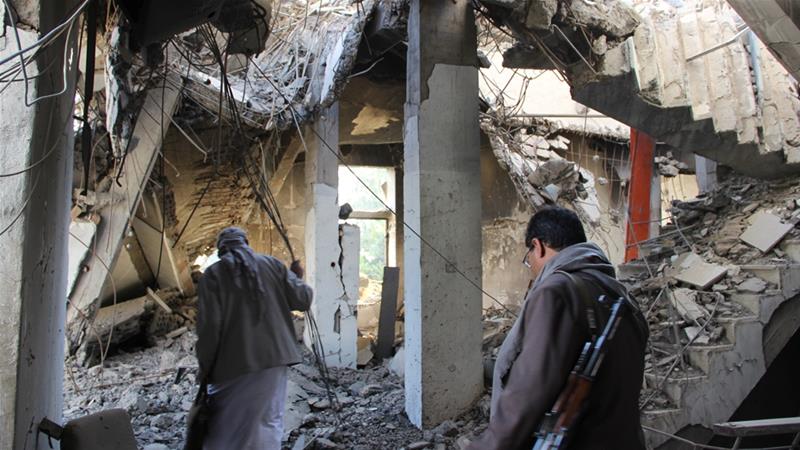 The United Nations' humanitarian aid official in Yemen has said that the civilian death toll in the nearly two-year conflict has reached 10,000, with 40,000 others wounded.

The Office for the Coordination of Humanitarian Affairs' Jamie McGoldrick said that the figure is based on lists of victims gathered by health facilities and the actual number might be higher.

McGoldrick also said that up to 10 million people need "urgent assistance to protect their safety, dignity and basic rights", according to a separate social media post early on Tuesday.

The announcement marks the first time a UN official has confirmed such a high death toll in Yemen, the Arab world's poorest nation.

"This once more underscores the need to resolve the situation in Yemen without any further delay," UN deputy spokesman Farhan Haq said in New York.

"There's been a huge humanitarian cost."

The coalition began an air campaign in March 2015 to restore the internationally recognised government that fled the country after Houthis seized the capital Sanaa.

On Monday, reports said 34 people were killed and 16 others wounded during clashes between Houthis and pro-government forces in the southern Shabwa province.

Ould Cheikh Ahmed is hoping to revive peace prospects in Yemen after Hadi rejected his proposed plan. He is due to report to the UN Security Council later this month.

The plan provides for a new unity government in Yemen and a rebel withdrawal from the capital and other cities.

"A peace agreement, including a well-articulated security plan and the formation of an inclusive government, is the only way to end the war that has fuelled the development of terrorism in Yemen and the region," Ould Cheikh Ahmed said in a statement.

"I asked the president to act swiftly and engage constructively with the UN's proposal for the sake of the country's future."

"The current political stalemate is causing death and destruction every day. The only way to stop this is through the renewal of the cessation of hostilities followed by consultations to develop a comprehensive agreement."

Under the proposal, Hadi's powers would be dramatically diminished in favour of a new vice president who would oversee the formation of the interim government that will lead a transition to elections.

The envoy has been holding talks in the Gulf region in recent weeks, including in Riyadh, where he met Yemen's central bank governor to ease a cash crisis in rebel-held areas.

One of the poorest countries in the Arab world, Yemen slid deeper into chaos when the Saudi-led coalition intervened in 2015 to push back the rebels who had seized Sanaa and other parts of the country.

The United Nations ranks the conflict in Yemen as one of the world's worst humanitarian crises.