Jordan cracks down on activists over social media posts 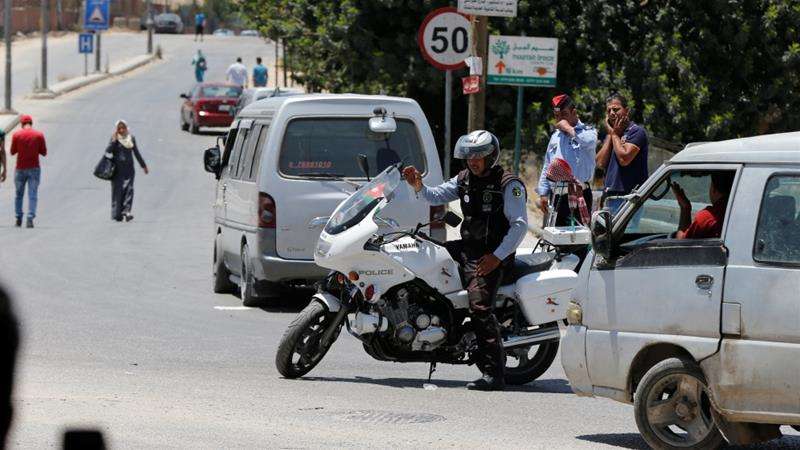 A Jordanian military court has charged eight activists with "insulting the King" and "incitement to spread chaos to undermine the political regime of Jordan using social media", lawyers said.

Lawyers for the arrested men told Al Jazeera on Tuesday that they were unable to meet their clients despite being given an appointment by the prosecutor of the State Security Court two days earlier.

The lawyers said they were told their clients had been charged and ordered to be held for a further 14 days. They said they were informed that the detainees had been transferred to al-Hashemiya prison, 100km north of the capital, Amman.

Faisal al-Kuzae al-Frehat, who represents former GID General Mohamad al-Otoom and other military retirees, called the charges "nonsense" and said they were unconstitutional.

"The government made these trumped-up charges in order to try the activists in the State Security Court, which is an illegal military tribunal used by the State to settle scores against activists who dared criticise the government and demand reform," he said.

Hani Mulki, the prime minister, was quoted by the state news agency, Petra, on Sunday as saying: "The security agencies detained individuals based on arrest warrants issued by the prosecutor of the State Security Court for committing incitement that would arouse the public opinion."

The wife of al-Otoom, Um Moath, told al Jazeera that she has been unable to speak to her husband since his arrest.

"I am confused as to why my husband is being treated this way after he spent all of his adult life defending this country and serving the King," she said

"All of the activists were exercising their right to free speech and nothing more," he said.

Hussam al-Abdallat's brother, Wesam, rejected the charges and said his brother was not an opponent of the King or the government, and was solely interested in fighting corruption.

The activists want to see a corruption investigation re-opened, and are also demanding an official investigation into what they say are "security and intelligence failures" that led to a spate of attacks last year. They are also calling for the head of the GID,  Faisal al-Shoubaki, and other security chiefs to be fired for what they say was a failure to prevent "terrorist incidents".

It is unclear how many people were arrested in total but, according to local reports, the number ranges from 18 and 20.

The teachers' syndicate issued a statement on Monday saying 10 teachers were among those arrested and that they had been held for criticising the government on social media.

Al-Hajaya said the teachers were arrested for expressing their opinions on social media platforms such as Twitter and Facebook, criticising government handling of an attack in the town of Karak in which 13 people were killed, and criticising corruption in government institutions.

Referring to recently enacted vague "anti-terrorism" law provisions that enable the government to arrest and try individuals if they criticise the government or intelligence agencies, al-Hajaya said: "The government uses the law as an instrument of repression, to stifle free speech as guaranteed by Jordan's constitution."

"We demand the immediate release of the teachers," he added.

Saleh al-Armouti, an MP from the National Reform bloc, told Al Jazeera the arrests were illegal and unconstitutional.