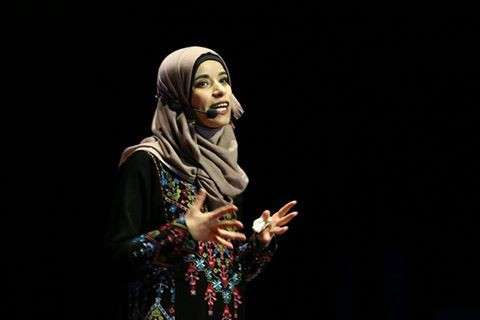 Geneva - The Euro-Mediterranean Human Rights Monitor condemns in the strongest possible terms the organized defamation campaign against Malaka Shwaikh, advocacy coordinator at the Euro-Med Monitor and a PhD candidate at the University of Exeter.

Well-known for her activism for justice and equality, Shwaikh has been subjected to bullying, harassment and threats. "Not only have I been smeared, but my work in anti-racism, including recently co-organizing a march against anti-Semitism, has been completely ignored as clearly it does not fit the narrative used to discredit me and my activism for Palestine," wrote Shwaikh.

Albeit long in place, the defamation campaign intensified after decontextualizing, mistranslating and misinterpreting Shwaikh's tweets, including one on the Holocaust. "The shadow of the Holocaust continues to fall over us from the continuous Israeli occupation of Palestine to the election of Trump," tweeted Shwaik. Linked to this tweet was another: "the Holocaust was one of the bleakest chapters in the history of the 20th century." However, the organizers of the campaign turned a blind eye both to the context of the tweet and to Shwaikh's clearly explained stance on the horrors of the Holocaust.

Recently winning elections to various posts at the University of Exeter, Shwaikh is a prominent human rights activist who has been invited to speak in different Arab and European capitals on the political and legal situation in the Palestinian territories.

"Character assassination is systematically used as a way to smear human rights activists supportive of Palestinian rights," says Ramy Abdu, chairman of Euro-Med Monitor. Shwaikh won elections to serve on Sheffield's student union and on the National Executive Committee of the National Union of Studentsin the UK, and was named Student of the Year in 2014 by the National Union of Black Students, among other nominations and awards.

The Euro-Med Monitor calls for the immediate cessation of such defamation of Shwaikh, of supporters of justice in the Palestinian territories and of all human rights activists everywhere.