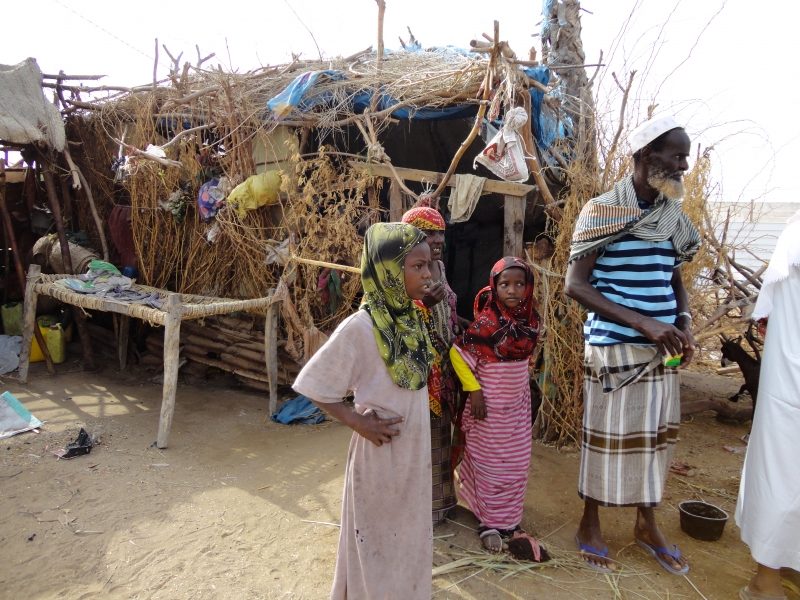 Organizations call for urgent protection of Eritrean refugees in Yemen

Geneva - Eritrean refugees are being detained in inhumane conditions in Yemen, charge the Euro-Mediterranean Human Rights Monitor and the SAM Organization for Rights and Liberties. Eritreans in Sanaa’s Houthi-controlled Hodeidah Prison are being held in particularly dire conditions, including extremely high temperatures.

The refugees, detained under the pretext of "illegal entry into Yemini lands," have been prohibited from communicating with their families for several months. Most are being denied basic necessities such as food and health care.

Euro-Med Monitor and SAM have collected the names of 62 Eritrean refugees detained in the centrally located prison, of whom 40 percent are younger than 20. Twenty-one have been imprisoned for at least a year, 23 for 11 months and 18 for 10 months. There also are reports that Houthi groups have transferred refugees from the Hodeidah Prison to other, unknown locations.

Even outside the prison, refugees are prohibited from working or otherwise conducting normal lives. Most of them have become victims of the war in Yemen, as the cities and prisons where they live are targeted. Likewise, in the absence of effective prevention and management, diseases and chronic medical conditions are common among refugees, frequently requiring urgent medical care or surgery.

Many of these refugees have attempted to escape Yemen, but are tortured after caught by gangs seeking ransom. Those caught by Houthi groups are sentenced to long imprisonment.

Despite appeals to international humanitarian organizations and states to relocate the refugees, nothing has changed.

It is estimated that about a quarter of the population of Eritrea becomes refugees due to the repressive nature of the country’s government and its compulsory military service—making it the second-largest refugee-producing country after war-torn Syria. In Eritrea, anyone who leaves the country at the age of recruitment is considered a fugitive and faces imprisonment in inhumane conditions, persecution and forced labor. These conditions led to the influx of hundreds of refugees to the Yemeni coast in search of safety, jobs and protection. As they cross the Red Sea to Yemen, the refugees face a series of difficult risks, including blackmail by human-trafficking gangs

Euro-Med and SAM call on the United Nations, particularly the UNHCR, to create a safe and secure environment for Eritrean refugees in Yemen and provide them with adequate humanitarian services or resettlement in another country. The two organizations also call on Yemeni authorities and Houthi forces to stop targeting the refugees, release all those detained without legal justification and open the door to those who wish to leave Yemen.