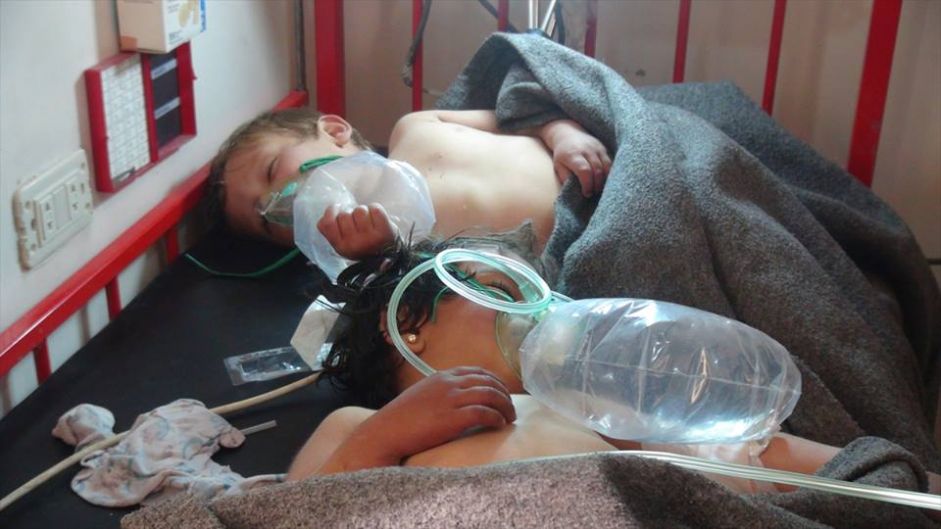 Geneva- Although media reports have reported 70-80 Syrians were killed by the chemical attack on Idlib’s Khan Shaykhun area, exclusive eyewitness testimony provided to the Euro-Mediterranean Human Rights Monitor has confirmed that the death total is more likely about 100, including 30 children and women. At least 400 other civilians were injured.

Doctors in the area told the Euro-Med Monitor team that firefighters broke into one of the houses, and took out some casualties to be treated. The incident, which took place yesterday April 4th 2017 around 06:30 am left many others unable to escape the area.

"We heard a message via a wireless communication device, informing us about warplanes hovering over the area. Immediately after, we heard an explosion, followed by another in a few seconds. Then I heard another message, warning people in the area to evacuate,” a doctor told Euro-Med Monitor. He added, “I remained at home for 30 minutes to calm my wife and children. Then I closed the doors and covered the windows with wet towels. I left for the targeted area, where I saw dozens of people on the ground, especially children. Those who weren’t dead had muscular spasms, labored breathing and foamy secretions from the mouth. At that time, we couldn’t give a specific number of deaths, but I witnessed 25 myself as I arrived.”

Another doctor working at a nearby medical center told the Euro-Med Monitor team that the facility received about 200 cases of asphyxiation, and hundreds of others were transferred to hospitals outside the area. He added, “We cannot treat this kind of case, especially with the huge shortage in necessary medical equipment.” A nearby field treatment unit also as subjected to chemical airstrike. According to one of the doctors, the airstrikes came from Russian warplanes. These strikes targeted firefighters as well.

Euro-Med Human Rights Monitor calls on the UN Security Council to investigate the source of the strikes and to impose sanctions on the perpetrators when identified, as well as to prohibit warplanes hovering over civilian areas. The international community has a legal, moral and humanitarian duty to protect the civilians of Syria.