In Depth: The EU Migration Crisis 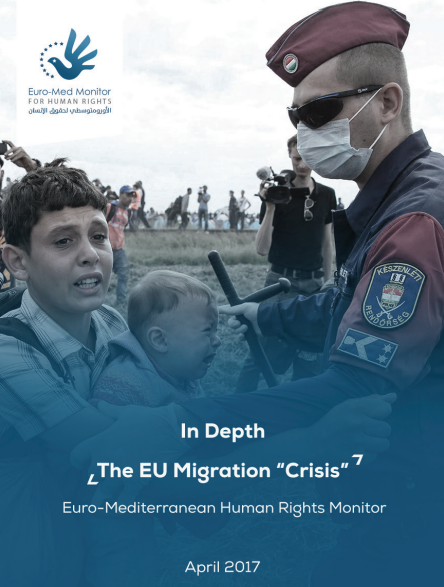 Our moral intuitions and indeed our laws today are that you shouldn’t discriminate against someone because of their race, because of their gender, their sexual preference or other issues. But for odd reasons, it’s perfectly OK to discriminate against someone because they were born somewhere else.
-- Alex Tabarrok, professor of economics, George Mason University

The unprecedented flow of migrants to European countries, precipitated by the Syrian civil war, poses a significant challenge to the European Union.

A “crisis” in 2015 was declared due to two factors: inadequate EU policies; and a lack of political will to effectively and humanely respond to the influx of asylum seekers. Short-term attempts at “fixes” focused narrowly on security trampled over human rights—legitimized by the “crisis” label—and thus compromising the very values on which the union was founded: equality of human rights and freedom of movement.

Rather than treating migration as a natural, ongoing process inherent in human nature, current policies instead focus on border closures and restrictions. The resulting militarization, surveillance, detentions and deportations have in turn led to violations of human rights and protection obligations.

Greece, a country of first entrance for migrants attempting to reach Europe via Turkey, has received little support as it shoulders the heaviest burden of migrants, despite its already struggling economy. Five months of field work in Greek refugee camps documented the result: the barely livable conditions in which asylum seekers are forced to live.

Instead of working to understand and address the drivers of migration, European countries have built walls and made deals such as the one that allows Greece to send asylum seekers back to Turkey in return for certain incentives. While the “grand deal” has indeed resulted in a reduction of migrants reaching Europe, significant flaws in the arrangement, as well as the unwillingness of policymakers to confront the root causes of the “crisis,” have caused a host of unintended and tragic consequences. For the hapless people seeking a new life, this hegemonic game-playing seems designed only to muzzle their desperate voices and guard Fortress Europe.

In this report, the Euro-Mediterranean Human Rights Monitor examines the causes and the consequences of the so-called refugee “crisis” from two perspectives. First, we look at the efficacy of the EU’s current approach. Second, we examine the EU’s unwillingness to confront the root causes of the increased migrant flows and the disastrous impact of this refusal on asylum seekers and migrants fleeing war, persecution, corruption and poverty.