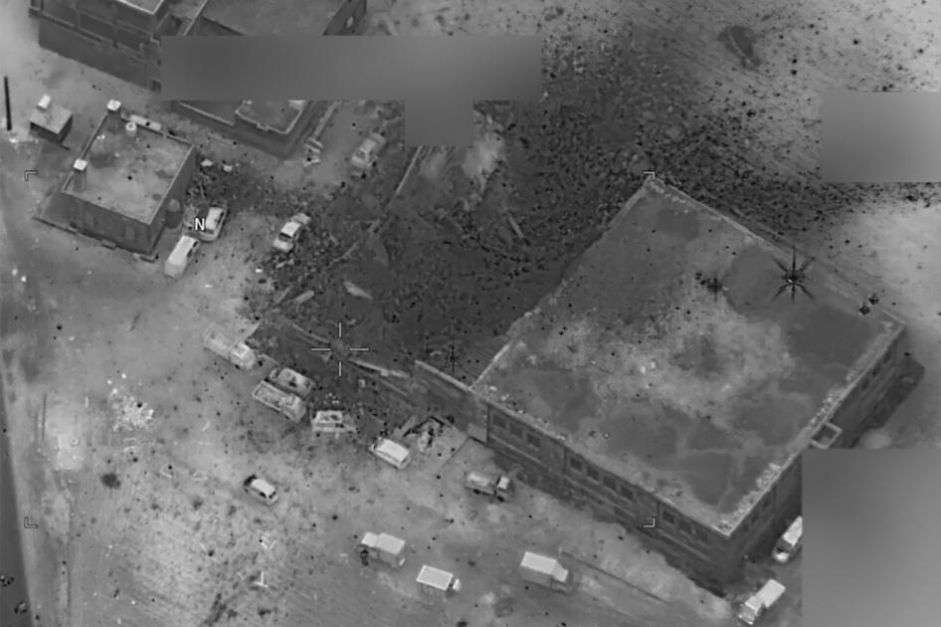 (Washington, DC) – United States forces appear to have failed to take necessary precautions to avoid civilian casualties in a March 16, 2017 strike that killed at least 38 people in western Aleppo in Syria, Human Rights Watch said in a report released today.

The 16-page report, “Attack on the Omar Ibn al-Khatab Mosque: US Authorities’ Failure to Take Adequate Precautions,” found that statements by US military authorities after the attack indicate that they failed to understand that the targeted building was a mosque, that prayer was about to begin, and that a religious lecture was taking place at the time of the attack. A proper analysis of the target and its use would probably have established at least some of these elements. Human Rights Watch has not found evidence to support the allegation that members of al-Qaeda or any other armed group were meeting in the mosque.

“The US seems to have gotten several things fundamentally wrong in this attack, and dozens of civilians paid the price,” said Ole Solvang, deputy emergencies director at Human Rights Watch. “The US authorities need to figure out what went wrong, start doing their homework before they launch attacks, and make sure it doesn’t happen again.”

US authorities have said they will investigate both whether civilians were killed in the attack and whether the building hit was part of a complex belonging to a mosque. The US government should make public the detailed findings of its investigation, provide adequate redress to civilian victims or their families, and hold those responsible for the attack to account.

At about 7 p.m. on March 16, US aircraft attacked a location southwest of al-Jinah, a village in western Aleppo province. US military authorities have acknowledged that they carried out the strike, saying that they targeted a meeting of al-Qaeda members.

While US officials acknowledged that there was a mosque nearby, they claimed that the targeted building was a partially constructed community hall. But information from local residents, photographs, and video footage of the building before and after the attack show that the targeted building was also a mosque. Local residents said that the mosque was well-known and widely used by people in the area, and that dozens, if not hundreds, of people were gathering in the building at prayer times. While the mosque did not have a minaret or a dome, aerial surveillance should have shown the people gathering. Any attempt to verify through people with local knowledge what kind of building this was would likely have established that the building was a mosque.

US authorities also appear to have inadequately understood the pattern of life in the area. A US official said that the attack happened after evening prayer had concluded, implying that civilians had left the area. While it is not clear which prayer the official referred to, the sunset or night prayer, US statements show that the attack took place at about 6:55 p.m., just 15 minutes before night prayer on that day. Even if US authorities believed that the targeted building was a community hall, the knowledge that prayer was about to start was relevant because they knew that another mosque was nearby. Information about prayer times is easily accessible online and should have been well-known by US authorities.

Local residents said that it was well-known in the area that the religious group in charge of the mosque was holding religious lectures in the targeted building every Thursday between sunset prayer and evening prayer, around the time of the attack. Any attempt to gather information about the targeted building from people with local knowledge might also have alerted US authorities to this fact.

Human Rights Watch has not found evidence to support the allegation that members of al-Qaeda or any other armed group were meeting in the mosque. Local residents said that no members of armed groups were at the mosque or in the area at the time of the attack. The residents said that the victims were all civilians and local residents. First responders said the dead and injured wore civilian clothes and that they saw no weapons at the site. US authorities have released no information to support their claims that members of armed groups were in the mosque.

Even if armed group members were in the mosque, understanding the nature of the targeted building and the pattern of life around the building would be crucial to assessing the risk to civilians and taking necessary precautions to minimize civilian casualties. Striking a mosque just before prayer and then attacking people attempting to flee without knowing whether they were civilians or combatants may well have been disproportionate or indiscriminate. Indiscriminate or disproportionate attacks violate the laws of war, as does failing to take all feasible precautions to minimize civilian deaths.

Syria Civil Defense, a search and rescue group operating in opposition-controlled territory, said that it recovered 38 bodies from the site. The group published the names of 28 who were identified by relatives at the site, including five children, saying that 10 bodies were unidentified.

The laws of war strictly prohibit attacks targeting civilians or civilian structures, including mosques, unless they were being used for military purposes. The laws of war also prohibit indiscriminate attacks, which fail to distinguish between military and civilian targets, and disproportionate attacks, in which the civilian casualties or damage to civilian buildings is excessive considering the military advantage gained. All feasible precautions must be taken by all parties to the conflict to avoid, and in any event to minimize, incidental loss of civilian life, injury to civilians, and damage to civilian objects.

Serious violations of the laws of war can amount to war crimes. These include deliberately targeting civilians or civilian objects, including mosques, or carrying out attacks in the knowledge that they will likely result in indiscriminate or disproportionate death or injury to civilians. The US authorities’ failure to recognize the most fundamental aspects of the target and pattern of life around the target raises the question of whether individuals were criminally reckless in authorizing the attack.

Human Rights Watch submitted its findings to the US Central Command. In response, the Office of the Staff Judge Advocate said in a letter dated April 14, 2017 that based on “a thorough examination of the classified intelligence used to inform the targeting decision and the classified intelligence that emerged following the airstrike…[a] comprehensive investigation reached the preliminary conclusion that the strike was lawful.” The letter said that the US Central Command will “carefully review this incident” in light of the Human Rights Watch report.

“Whatever changes the US administration makes to how they authorize and carry out attacks, it should make sure that they are in line with international law,” Solvang said. “Otherwise civilians will die unnecessary and US officials risk being charged with war crimes.”