The inauguration of Euro-Med Monitor Regional Office in Gaza 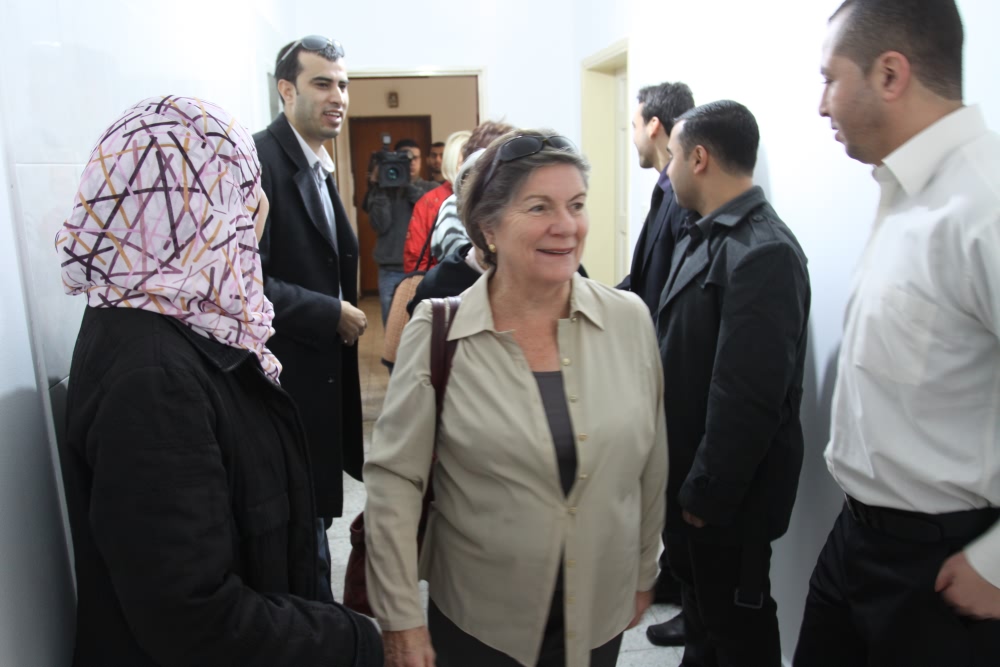 The inauguration of Euro-Mid Regional Office in Gaza

Under the auspice of British MP and Ex-Development Minister of Britain, Claire Short,Euro-Med Monitor for Human Rights has inaugurated its regional office in the Gaza strip. A number of International politicians, journalists, peace activists participated in the event.

Short asserted on the importance of cooperation between Human Rights organizations in the Middle East with their counterparts in Europe to guarantee forming a framework that aims at eliminating Human Rights violations not only observing it.

She also hoped that Euro-Med Monitor will contribute to the culture of Human Rights empowering. In addition to that, she hoped that the establishment of this organization will help in solidifying the concept of Justice, Freedom and Transparency.

Dr. Rami Abdu, Director of Euro-Med Monitor, stated that his organization attempts to protect civilians in the local communities throughout the Middle East and North Africa. According to him, the organization will mainly focus on  helping marginalized people who are victims of either their level of understanding or the social and economic crisis within their societies.

Further, he added that The Euro-Med iterranean Human Rights Monitor violation (Social, Economic and Cultural rights)  but also to work practically with European and International organizations to adopt key Human Rights issues. And also to reject the double standards policy  and regulations in dealing with the Israeli occupation.

By her part, member of Euro-Med Monitor Executive Board, Nadin Rajab, said that the changes in the Arab region showed that there is a strong need for an independent organization that works far from any local or regional pressure. An organization; that could exert pressure on the sides committing Human Rights violations.

Swiss journalist, Silvia Catori, said that opening of the first Euro-Mid  (Euro-Med Monitor is registered in Europe its HQ is based in Switzerland, Geneva)  branch in the Middle East is a good chance to reactivate  the issues of Human Rights violations on the international level  to mobilize support against the perpetrators and hold them accountable to the before the international bodies.

Euro-Med Monitor is registered in Europe its HQ is based in Switzerland, Geneva. Its Middle East regional office is based in Palestine in addition to that; it has a number of representatives in the Middle East countries and North Africa.