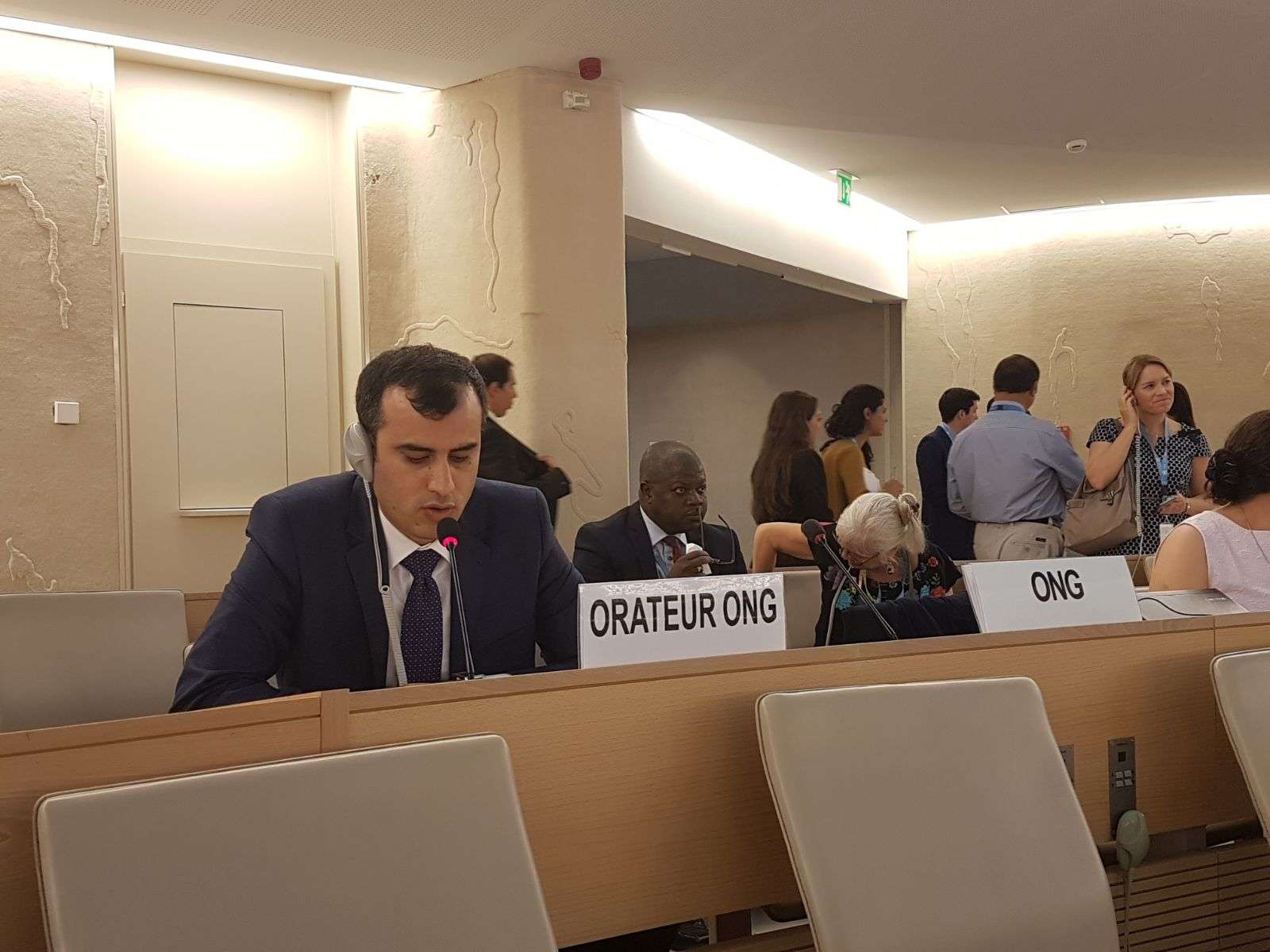 Geneva - Human rights violations perpetrated by Israeli authorities in the occupied city of Jerusalem were called to the attention of the UN Human Rights Council at its 35th session by Ramy Abdu, chair of Euro-Mediterranean Human Rights Monitor. In light of the recent significant escalation in these violations, Abdu stressed the importance of discussing the seventh issue of the council’s agenda, typically reserved for the occupied Palestinian territories.

Presenting on behalf of both Euro-Med Monitor and COJEP international, Abdu reported that violations committed by the Israeli authorities are not limited to holy places, but also are being committed against Palestinian residents of Jerusalem. Palestinians in the city are increasingly marginalized as part of a systematic Judaizing of Jerusalem through the building of settlements and home demolitions under the pretext of unlicensed buildings.

In addition, Israeli authorities continue to systematically impose executions, arrests and forced exile on Palestinians, while also to periodically storming the al-Aqsa Mosque, violating the sacredness of the holy place and provoking residents, stated Abdu. The escalation of such violations by Israel in occupied Jerusalem leads to more tension on the ground, which is good for neither Israelis nor Palestinians.

COJEP International and Euro-Med Monitor called on the council and its member states to pressure Israel to stop all violations and provocative action in Jerusalem. The two organizations also called for ending the occupation of the city, as it is a symbol of peace and tolerance across the globe.