Position Paper: Deterioration of the humanitarian situation in the Gaza Strip 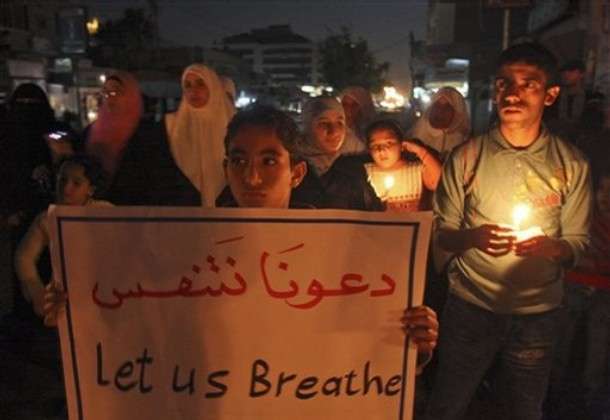 Residents of the Gaza Strip are experiencing the worst crisis since the Israeli blockade began in 2006. All vital sectors are at risk of unprecedented collapse due to Israeli restrictions on the movement of commercial goods; the ongoing closure of both the Erez and Rafah crossings for students, patients and others; the shortage of fuel; and cuts in the salaries of Palestinian Authority employees in the Gaza Strip.

The health sector in Gaza is struggling with a severe shortage of medicines, supplies and specialized personnel. The few medical specialists in Gaza are not allowed to travel outside for additional training; thus, thousands of patients must wait up to 18 months for surgery. It is estimated that about 1,000 patients a month need referrals for treatment in hospitals outside of Gaza, and Israeli authorities refuse about 50 percent of them.

According to the Ministry of Health in Gaza, the Palestinian Authority is now refusing to pay for most treatment abroad due to its dispute with Hamas, resulting in worsening health conditions for thousands of the ill. In one two-day period, at least five people, including three children, died as a result of PA refusal to refer them for treatment abroad.

The economic sector has been in a state of recession since the beginning of the Israeli blockade on Gaza, triggered by the complete closure of commercial crossings into and out of the Strip. However, the last two years have been particularly severe. During the first few months of 2017, unemployment rose to 43.2 percent in Gaza, compared to 18.7 percent in the West Bank. In addition, 38.8 percent of Gaza residents are living below the poverty line—more than twice that in the West Bank.

Due to the Palestinian Authority’s April decision to cut the salaries of its 60,000 employees in Gaza by a third, most of these individuals now are unable to take care of their families’ most basic needs. The decrease in salaries also caused merchants to suffer heavy losses.

Meanwhile, Israel’s tight restrictions on traffic through the crossings have significantly reduced the relief and humanitarian aid available to thousands of residents. The number of trucks carrying aid provided by international and other organizations has declined from 4,175 to 811 during the first quarter of this year, according to the Gaza Chamber of Commerce and Industry. That’s a 90 percent decrease from the same period last year.

Gaza only power plant halted operations in mid-April after the PA took action increased taxes imposed on the Electricity Distribution Company. This halt in operations coincided with both the breakdown of the Egyptian power lines that provided electricity to the Gaza cities of Rafah and Khan Younis and the end of the Qatari fuel grant. The situation worsened when the PA decided (with Israeli approval) to cut by 30 percent its monthly payment for fuel transfers to Gaza. The result is that Gaza residents now receive power for only four hours per day, and at times for only two hours.

The impact has been particularly significant on Gaza hospitals, which now must rely on generators most of the time. The health sector in Gaza requires 420,000-450,000 liters per month to operate its generators. With this amount unavailable, the lives of hundreds of patients in need of medical care are at stake.