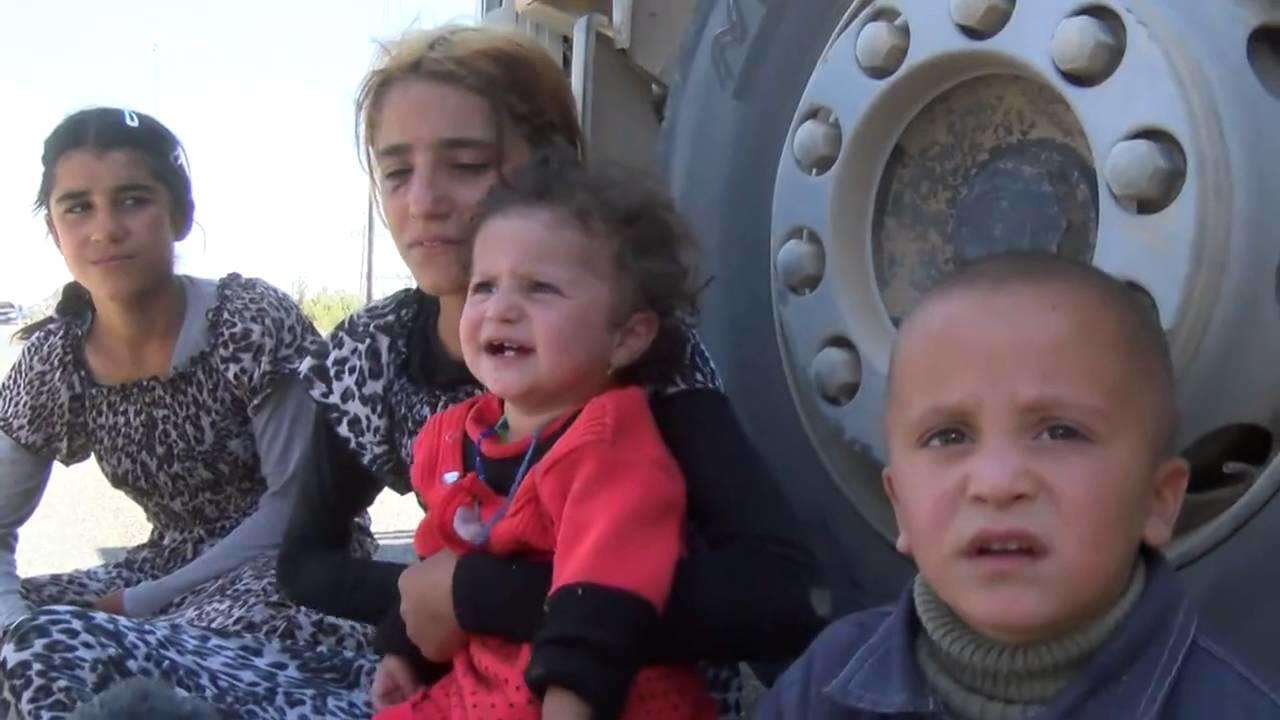 (Beirut) – Kurdistan Regional Government (KRG) forces have expelled at least four Yezidi families and threatened others since June 2017 because of their relatives’ participation in Iraqi government forces, Human Rights Watch said today. The KRG’s security forces, Asayish, returned the displaced families to Sinjar, where access to basic goods and services is very limited.

The expulsion of Yezidi families from the Kurdistan Region of Iraq (KRI) because a relative joined the Popular Mobilization Forces (Hashd al-Sha'abi orPMF) amounts to collective punishment in violation of international law, Human Rights Watch said.

“Kurdistan Regional Government authorities should stop expelling Yezidi families because of their relatives’ actions, a form of collective punishment,” said Lama Fakih, deputy Middle East director at Human Rights Watch. “These displaced families have the right not to be forcibly returned to their still-damaged home villages.”

Human Rights Watch spoke to three Yezidi commanders who said that Yezidi forces had been integrated into the PMF under the name Yezidi Brigades (Kata'ib Ezidkhan), with the forces holding positions in four areas of Sinjar. Sinjar is technically under Iraqi central government administrative control, but KRG security forces remain active in the area and control the main road from Sinjar to the Kurdistan Region of Iraq.

In late June and early July, Human Rights Watch interviewed nine displaced Yezidis originally from Kocho, Tel Kassab, and Siba Sheikh Khidr villages in Sinjar, which the PMF retook from the Islamic State (also known as ISIS) in May. All had been living in the KRI and did not want to return to their villages because of widespread destruction of property, mass graves, unexploded improvised explosive devices, and the lack of water and electricity. Their families had fled Sinjar in August 2014, after ISIS attacked the area, massacringand enslaving thousands of Yezidis. All those interviewed said that Asayish threatened them with expulsion because they had relatives who joined the Yezidi Brigades, and in four cases, they alleged that Asayish forces had forcibly expelled them to Sinjar as recently as July 5, 2017.

A Yezidi man who had been living in a camp near the town of Zakho in the KRI said that in late May, three of his sons joined the PMF’s Yezidi Brigades. On June 12, an Asayish officer told him to appear at the local Asayish office the following day. He said that when he arrived, officers told him that if he did not get his sons to leave the PMF and return to the camp, he and 15 family members would need to leave the KRI by June 21 and return to Kocho.

His sons did not leave the group, and on June 29, Asayish officers at the camp ordered him and his family to leave immediately. He asked for a 24-hour extension to get his family ready, but the officers refused. An officer drove him and his family to Sinjar. “I don’t know what to do next,” he said. “My village was completely destroyed, and there is no water or electricity in the area.”

Another Yezidi man who had been living in a camp near the city of Dohuk said that his father had joined the Yezidi Brigades in late May. On June 21, Asayish officers at the camp told him his family of 10 had one week to convince his father to come home or they would be expelled from the KRI. On June 30, the officers told him that because his father had not returned, the family would need to leave that same day, he said.

He said his uncle has close ties with the KRG, and so officers said they would spare the family the shame of picking them up at their tent, and would instead allow a relative to drive them to Sinjar. “We are now living with a relative in Khanasoor [in Sinjar], because our village is still littered in landmines,” he said. “We don’t know what we will do.”

A Yezidi man living in a camp near Zakho said that on June 17, two Asayish officers from the camp management office told him that they knew his brother had joined the Yezidi Brigades, and that if his brother did not leave the group within four days, his family of 10 would be returned to Kocho, in Sinjar. The man said that he had two brothers who had joined the Yezidi Brigades and that they would not be willing to leave the armed group. At least 10 other families at the camp told him that Asayish had made the same demand of them. He said he and the other families expected to be expelled any day.

One Yezidi Brigades commander said that on June 24, Asayish officers called his family, who live in a village near Dohuk, into the city’s Asayish office. An officer made his wife sign a pledge that she and her two daughters would leave the KRI within seven days because of her husband’s role within the PMF, he said. “I don’t know where I should move my family,” he said. “I can’t bring them here to Sinjar. My older daughter is an engineering student at the American University of Dohuk and we cannot interrupt her studies.”

A Yezidi woman who had been held captive by ISIS for a year and a half, now living with two relatives in a town near Dohuk, said that her brother joined the Yezidi Brigades in mid-May. On June 14, an Asayish officer came to her home and told her to come to the local Asayish office the following morning. When she arrived, an officer there told her that if her brother did not leave the PMF, she and her two relatives would need to return to Kocho. She said she had persuaded her brother to leave the Yezidi Brigades and he informed Asayish that he had.

Human Rights Watch received reports from a Yezidi rights’ activist of another 15 Yezidi families who were expelled and returned to Sinjar by Asayish forces, but could not confirm the report.

On June 23, Human Rights Watch sent a set of questions regarding these allegations to Dr. Dindar Zebari, chairperson of the KRG’s High Committee to Evaluate and Respond to International Reports. Human Rights Watch has not received a response.

In 2016, Human Rights Watch documented severe restrictions on moving goods in and out of Sinjar that interfered with residents’ livelihoods and their ability to get food, water, and medical care. Three aid workers told Human Rights Watch that the situation had improved dramatically since May. However, while more goods are moving into Sinjar as more families have returned in 2017, many items have been heavily taxed, making them beyond the reach of many families.

In 2016, Human Rights Watch had also documented cases in which Asayish forces ordered families to leave the same camps and areas in and around Dohuk and threatened to expel others from the KRI after learning that their children had joined forces affiliated with the armed wing of the Kurdistan Workers’ Party (Partiya Karkerên Kurdistanê or PKK) in Sinjar.

International humanitarian law prohibits collective punishment, which includes any form of punitive sanction or harassment by authorities on targeted groups of people for actions that they did not personally commit.

The United Nations Guiding Principles on Internal Displacement provide that all internally displaced persons have the right to liberty of movement and freedom to choose their residence (principle 14). They also have the right to seek safety in another part of the country and to be protected against forcible return to “any place where their life, safety, liberty and/or health would be at risk” (principle 15).

“While the Kurdistan Regional Government may not like the Popular Mobilization Forces, punishing family members of PMF fighters is the wrong – and unlawful – way to address the issue,” Fakih said.