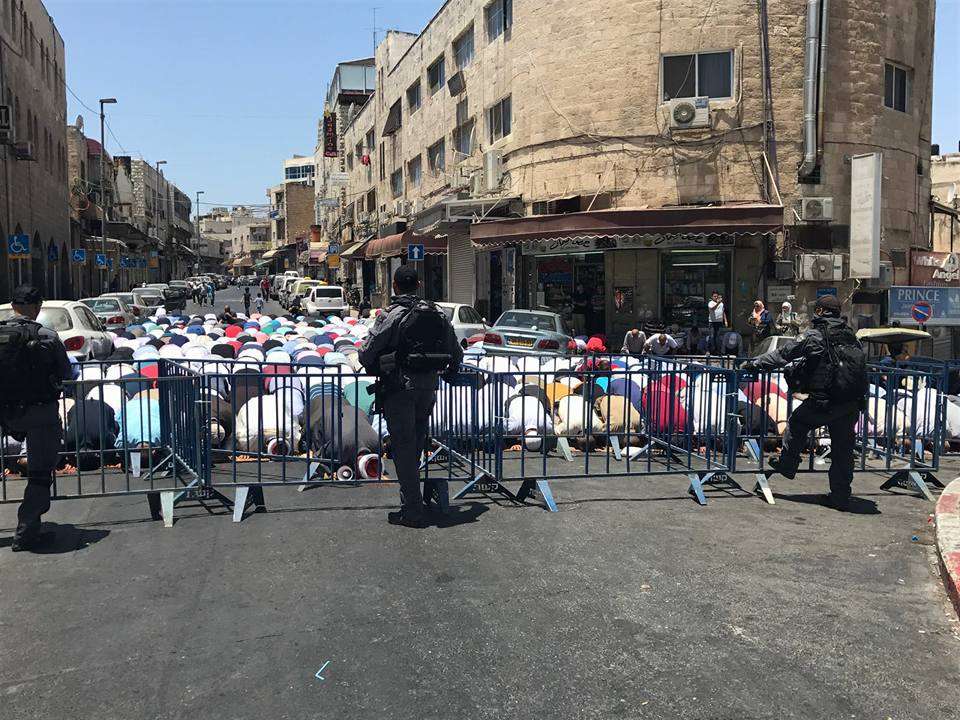 Geneva - An urgent complaint was presented today to the United Nations Special Rapporteur on Freedom of Religion or Beliefcalling for urgent intervention on the closure of al-Aqsa compounds and warning against provocation by Israel that could exacerbate tensions.

In the complaint, the Euro-Med Monitor demanded that Israel’s violations of the right to freedom of religion or belief be taken into consideration by the Human Rights Council and for serious steps be taken to guarantee that freedom of religion for Muslims in Jerusalem is protected.

The urgent letter to the Special Rapporteur comes in line with the fundamental right to freedom of religion or belief, which includes the protection of places of worship, guaranteed under international law. It is also sent to address the Special Rapporteur's obligations regarding the holy sites in the Palestinian territories.

The Israeli authorities announced the closure of Al-Aqsa mosque on Friday, July 14, 2017. Palestinians were prevented from entering the compound for Friday prayers. The closure of Al-Aqsa Mosque and the prohibition of Muslim worshippers is a flagrant violation of the right to freedom of worship on the holy site. The repetitive incidents of forceful entry of Al-Aqsa by the Israeli authorities is a direct threat to the exercise of this right, warned the Euro-Med Monitor.

The Israeli authorities more effectively managed prior incidents similar to what occurred Friday, however, in this instance, there was deliberate desecration of the mosque. Internal facilities were broken into without the presence and affirmation of mosque officials.

Furthermore, the Israeli authorities deliberately extended security measures to prevent Muslims from praying at Al-Aqsa Mosque. They have demonstrated intentional provocation and are exercising a policy of collective punishment to the Muslim community. The use of excessive military force to violate their religious right, and the desecration of holy sites contradicts Israel’s commitment to International agreements entitling Israel to the full respect and protection of religious sites, shrines and symbols.

The Euro-Mediterranean Human Rights Monitor stressed that this violation committed by the Israeli authorities indicates inconsistency and direct violation of its commitment to international obligations.