Extremists restricting freedom of religion and belief in Yemen 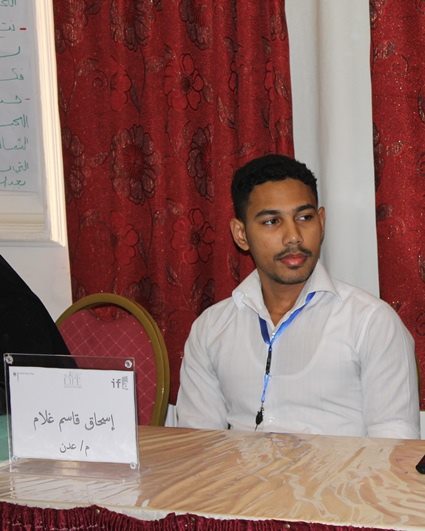 Geneva – The right to freedom of religion and belief is increasingly being crushed in Yemeni cities, including threats of death and arrest by extremist groups, warns the Euro-Mediterranean Human Rights Monitor.

Issaq Kassem Ghulam, 24, from Aden, is a Yemeni journalist and social activist arrested by extremist religious groups on charges of “secularism.”

On June 20, Ghulam received a summons to an investigation, citing charges of “secularism” filed by three persons with the director of the Al-Tawahi Directorate in Aden.

“It appears the charge of ‘secularism’ was meant to incite hardline groups to kill him, because he didn’t adhere with their beliefs,” a Euro-Med Monitor field team found. The summons was stamped by the commander of the directorate and presented to some Imams near ​​his residence.

Ghulam was seized along with his father and brother by Salafists and extremists and taken to the Hattari Mosque. Ghulam was sentenced to three days in solitary confinement inside his house to “declare his repentance.” He also was forced to perform the five Muslim prayers while in the mosque, then threatened with the death penalty if he did not comply with the imam’s order. Although Ghulam performed the prayers, he still was threatened and harassed by the militant groups.

“No party has the right to restrict people’s freedom of opinion. All parties in Yemen are not respecting the right to freedom of expression, religion and belief,” says Sandra Owen, Euro-Med Monitor Spokeswoman.

A group called the “Death Squad,” which threatened to kill Ghulam, assassinated Amjad Abdul Rahman Mohammed on May 14 on charges of atheism. The same group murdered Omar Batuil, an activist whose body was found with gunshot wounds on April 25in the Omar al-Mukhtar district of the Sheikh Osman administration, according to local sources. Batuil was threatened with murder after being accused of atheism and apostasy by unknown extremists because of his Facebook posts.

When Rawia Muhammad Jawas, Ghulam's fiancé and a human rights activist, went to the office of the director of the Al-Tawahi area, the Salafi extremist guards attacked her and called her names. They also accused her and Ghulam of being part of a large network of atheists who should be “exterminated.” The two then were forced to sign a declaration of reconciliation and a confession of "insulting the faith” in the presence of the director and the mosque’s imam. The latter threatened to murder them in public if they did not comply with the paper they signed.

Two days after the signing of the paper, a group arrived at their house and assaulted Ghulam’s father and brother. They were taken to the Al-Tawahi police station, declared non-believers and detained—where they stay to date.

Ghulam's father and brother were subjected to cruel and degrading treatment during their interrogation, including threats of torching their house. They also issued an arrest warrant for Rahma Sayed Yaqoub, Ghulam's mother. Ghulam remains wanted until now.

Article 18 of the International Covenant on Civil and Political Rights states that, “Everyone shall have the right to freedom of thought, conscience and religion. This right shall include freedom to have or to adopt a religion or belief of his choice, and freedom, either individually or in community with others and in public or private, to manifest his religion or belief in worship, observance, practice and teaching.”

The prosecution and punishment of people because of their religious beliefs must end. The Euro-Mediterranean Human Rights Monitor calls on all parties to give citizens the full right to freedom of religion and belief as dictated by international human rights law, create an environment that respects all opinions and attitudes, and safeguard citizens' right to express their views.