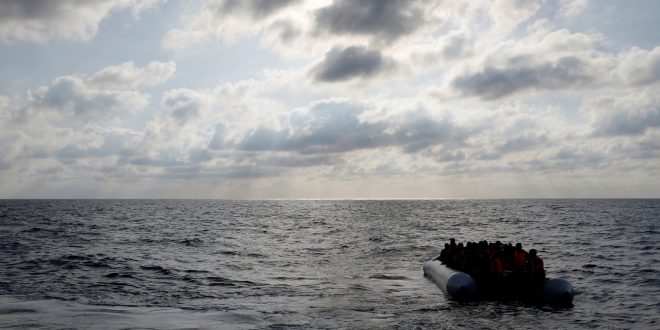 Geneva - The new measures Italy intends to take against asylum seekers and migrants from Libya to the European Union countries are “immoral; they are an attempt to avoid responsibility and violate international law,” says the Euro-Mediterranean Human Rights Monitor.

The Italian government announced recently that it will send naval forces to Libya to help reduce the flow of “illegal” migration, with the approval of the Italian parliament based on an agreement signed between Rome and Libya's National Consensus Government headed by Fayez Al-Sarraj, the Geneva-based Euro-Med Monitor pointed out. The agreement calls for "send(ing) a maritime military mission comprising Italian ships to Libyan territorial waters to support the local coast guard and to deal with human traffickers and illegal immigration.”

This agreement, aimed at confronting human traffickers, will directly affect asylum seekers who wish to escape persecution and devastation resulting from the armed conflict in Libya to the EU for the purpose of asylum and protection. The new Italian measures will alter responsibility to one party in a conflict-torn country where civilians face horrific abuses.

“The work of this mission will not differentiate between an asylum seeker and an immigrant, because their primary concern is security, and they will not be able to examine each case individually,” said Ihsan Adel, Euro-Med Monitor legal adviser for Migration. He added, “The problem Italy and other European countries had not yet realized is that asylum seekers will always look for an outlet as long as they live under such unbearable conditions within their country, which means that they will resort to new ways and smugglers to find a way out. Therefore, we should expect an increase in the number of people drowning, whether asylum seekers or migrants.”

The new European Union policies aim to stop the arrival of asylum seekers and migrants to Europe. The EU cooperates with the Libyan Coast Guard to prevent transporting migrants by sea and arresting them, despite the knowledge of the EU countries that migrants are detained in Libya for long periods in places where the necessities of life are not secured. Also, a large number of asylum seekers and migrants fled their countries because of armed conflicts or poverty.

Such acts “reflect a European indifference to international laws on asylum and migration, which leads to more drowning in the sea and more violations on the border and inside Libya,” added Adel.

Any agreement signed with the authorities in Libya can’t be compared with the EU's agreement with Turkey, which is criticized. At least, Turkey allows rapporteurs and human rights commissions to visit the refugee camps on its territory and provides the minimum requirements for a life of dignity, while the opposite is true for Libya, where violence and human rights violations continue to prevail.

Under the principle of non-refoulement, the EU laws prohibit any member state from sending any person to any place where they may face a real threat – as in the case of Libya. International Conventions also prohibit the return of refugees to situations in which their lives and freedom are at stake.

The Euro-Mediterranean Human Rights Monitor calls on the European Union –the destination of asylum seekers and migrants – to exert more efforts to ensure that they refugees respected, and their arrival is safe.