Euro-Mid: Israel has banned nearly 4,000 people from the West Bank from traveling through al-Karama crossing 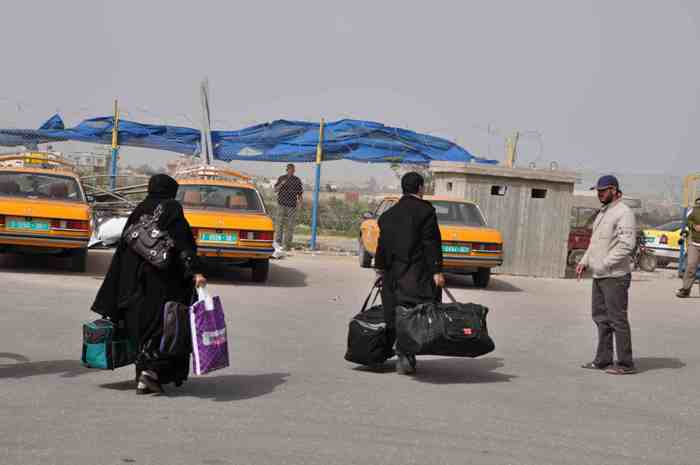 The Euro-Mediterranean Human Rights Monitor published a detailed report - Restrained Hopes - which shows that Israel has banned nearly 4,000 people from the West Bank from traveling through al-Karama crossing between Jordan and Israel since the beginning of this year.

A report prepared by the Euro-Med Monitor titled ”Restrained Hopes”, Israel banned nearly four thousand people from the citizens of the West Bank from traveling through trying to cross the crossing dignity Frontier under its sovereignty, since the beginning of 2011 and until December /December, a rate of 83 cases per week to prevent.The report pointed out that this prohibition is accompanied in two thirds of cases with the Palestinians by the Israeli authorities subject to the practices classified as “humiliating” is the exact inspection and investigation at the hands of ruthless intelligence officers, in addition to being forced to wait long hours in difficult conditions.The report documents the various forms of certificates for them to travel Bmmnoaanpatients and women and the elderly, along with a number of journalists and political activists, students, and even the elected representatives of the Palestinian LegislativeCouncil and staff in international agencies and multinationals.Arbitrary and narrowThe report concludes – through certificates and statistics – that the Israeli authorities deliberately to prevent the travel of thousands of Palestinians each year, without giving good reasons for this ban and without worrying humanitarian situations resulting from that, putting these practices in the context of abuse and harassment is unwarranted. The attention of the Observatory, in its report, that Israel’s continued violation of the right of Palestinians to travel and movement result in the occurrence set of flagrant violations of the charters and covenants of human rights committed by the international community and signed by Israel, because the restriction of the right of movement leads to violations of basic civil rights again, such as the right treatment, education, work and travel to meet with parents and perform religious rituals. The other hand, the report warns human rights from the exploitation of intelligence Israel the urgent needs of those wishing to travel, and Baptzazhm swaps allow them to cross against the security cooperation with them, or by pushing them to sign under duress documents rob their right to return to the Palestinian Territories again.