During an HRC side event, Euro-Med Monitor: The Arab region is witnessing huge restrictions on freedom of religion and belief 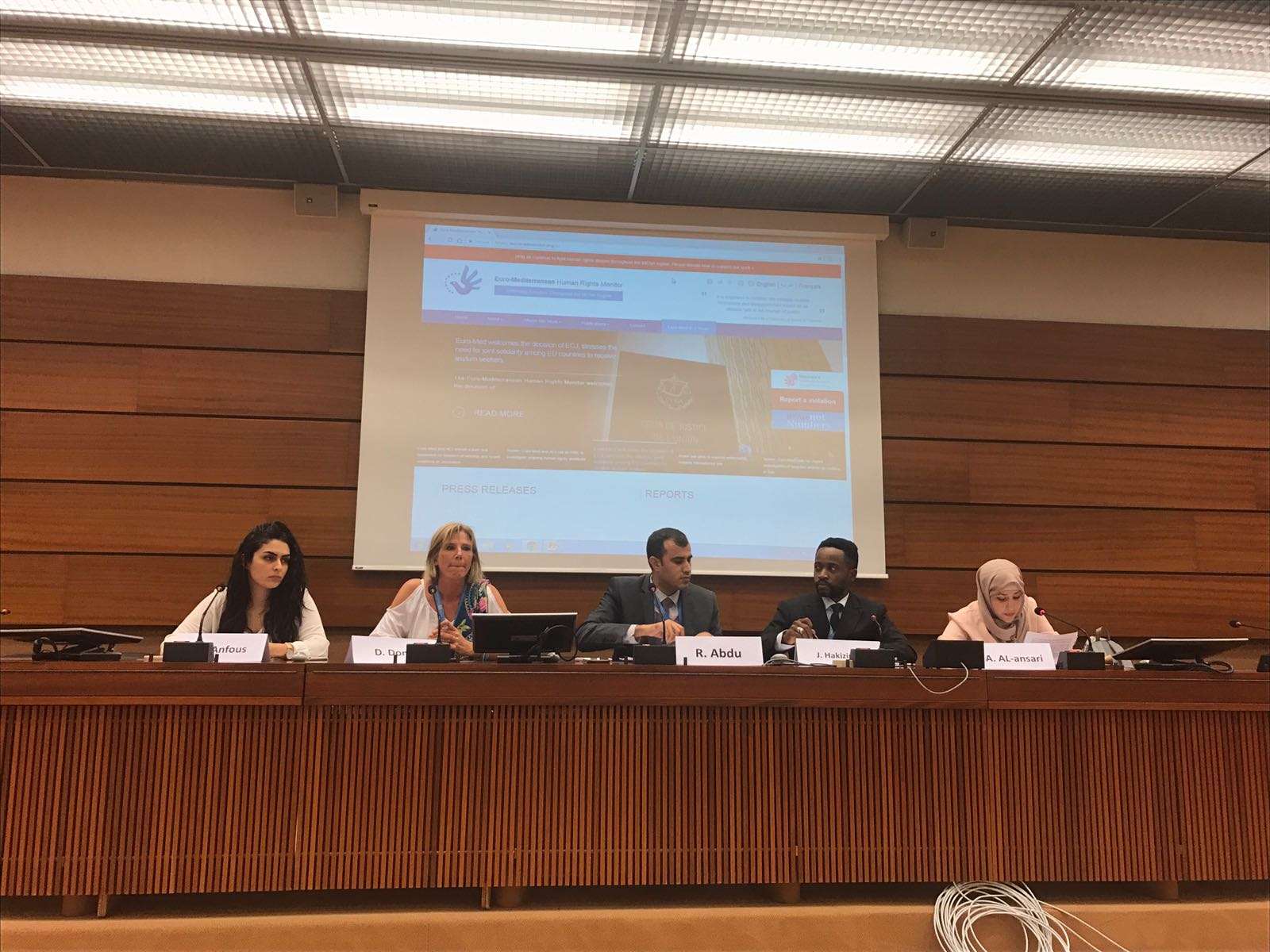 Geneva - The Arab region is witnessing unprecedented levels of restrictions on freedom of religion and belief. A recent example of which can be seen in the policy of the Saudi authorities against ritualistic religious practices, the Euro-Mediterranean Human Rights Monitor said on Wednesday.

Saudi Arabia’s exploitation of Hajj to further extend political pressure on Qatar as well as imposing restrictions on Qatari pilgrims coming to perform Hajj is a serious violation of the right to freedom of movement and the right to freedom of religion, said Ihsan Adel, a Euro-Med legal adviser, during the side event co-organized with the Independent Center for Initiative, Research and Dialogue (CIRID) in Geneva.

Following the Gulf crisis and the blockade imposed on Qatar which began last June, Saudi Arabia refused to communicate with the Ministry of Awqaf (the arrangement of Hajj) to receive the list of pilgrims and to complete procedures to facilitate their activities and provide safety guarantees, explained Adel.

“There is no threat to the security of Saudi Arabia to justify imposing restrictions on Qataris and depriving them of performing Hajj, even if they belonged to a country with opposing political views and interests,” Adel further stated.

The Saudi authorities had previously taken a series of arbitrary measures against Qataris who were present in the Kingdom to perform Umrah rituals by issuing demands that they leave Saudi Arabia and cancel their reservations in local hotels.

In the end of his speech, Adel called on the Saudi authorities to respect international covenants and to renounce all forms of intolerance and discrimination based on religion or belief.

The second part of the side event, led by Ramal Saed, a Euro-Med legal researcher, addressed the violations against religious minorities in Iraq and the discrimination against them, including restrictions on employment, access to public services, participation in political forums and others.

The Islamic state organization forces minorities to choose between converting to Islam or their own life. Even Sunni Muslims accused of non-compliance with the organization or suspected of collaborating with the Iraqi government face the same punishment.

Danny Dugnes, head of Scale for Justice, explained that the Israeli settlements were built to annex Palestinian territories and control Palestinian lives. This affects the right to freedom of religion, not only in Jerusalem but in all areas, including Hebron.

Because important religious sites for Muslims and Jews exist in Hebron specifically, Israeli settlers are always trying to control the city with the support of the Israeli government.

Ayat al-Ansari, a Euro-Med Monitor human rights expert, discussed the grave violations committed by the Israeli authorities against Islamic and Christian religious sanctuaries in the occupied city of Jerusalem.

The Israeli authorities seek full sovereignty over the Al-Aqsa Mosque. Thus, Israel makes decisions and takes measures aimed at Judaizing the city and restricting access to Muslims seeking entrance to the Compound. In addition, the Israeli authorities are further following a policy of arrest and expulsion from the mosque, Al-Ansari warned.

Israel also officially endorses ‘excavations’ under the Al-Aqsa Mosque, and encourages Jewish extremists and security forces to attack the Compound, confiscate property and build settler homes in the area surrounding the mosque.

Israel's constant defiance of the United Nations Educational, Scientific and Cultural Organization (UNESCO) resolutions on Jerusalem and misinterpretation of these resolutions will only further worsen the situation on the ground, Al-Ansari warned.