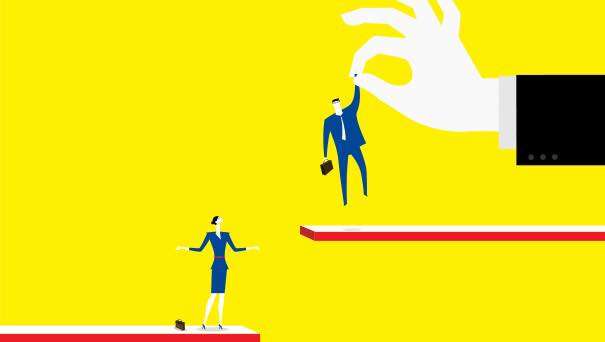 Geneva-The Euro-Mediterranean Human Rights Monitor calls for an end to discriminatory policies in the occupied Palestinian territories against the employment of women in senior positions under Palestinian law.

"It is the responsibility of the ruling authorities, whether in the West Bank or Gaza Strip, to stop discriminatory employment policies against women in public bodies and posts, especially in senior positions," says Euro-Med Monitor .

The regional office manager of the Euro-Med Monitor in the Palestinian territories, Maha Husseini, referred to the provisions of the Palestinian Basic Law, particularly Article No. 100, concerning the prohibition of discrimination between men and women and their right to equal terms and conditions of employment.

Husseini cautioned against the dismissal of lawyer Huda Tayseer Al-Luwa from her position as a court judge in the Gaza Strip despite the Supreme Judicial Council's decision to approve her as a judge in a local Magistrate's Court in Gaza.

Al-Luwa is the only female among the 14 new members who have recently been admitted to the judiciary in the Gaza Strip; however, a decision issued by Hamas' governmental administrative committee (just before it announced the dissolution of its governing body to make way for a unity government) has dismissed her from her position.

In a statement to the local media, Al-Luwa stated that she was excluded from her position on discriminatory grounds as a woman, while the relevant government authorities in Gaza did not provide any clarification on the case.

The Euro-Mediterranean Human Rights Monitor calls on the sitting government in Gaza to conduct an investigation into the dismissal of lawyer Al-Luwa, explain the reasons for such exclusion and hold those responsible to account. Euro-Med Monitor also stresses the need to adopt comprehensive laws to combat discrimination and provide equal protection and employment terms and conditions, in particular to women in the labor market and public office.