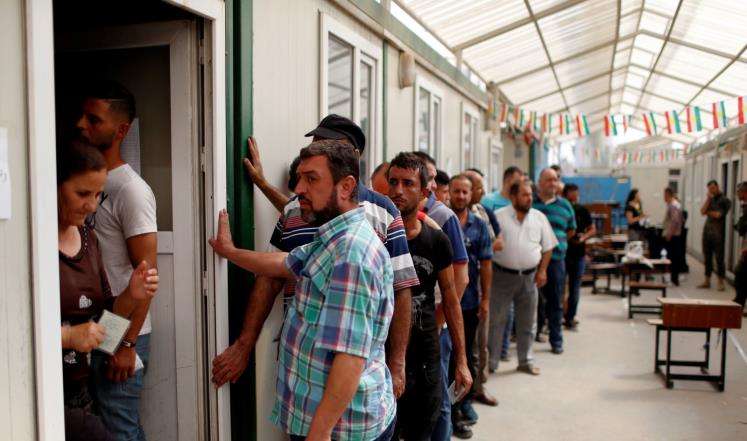 Geneva – The Euro-Mediterranean Human Rights Monitor warns that escalating disputes over the Kurds referendum for independence in northern Iraq would risk the lives of civilians in Iraqi Kurdistan, as the vast majority of Kurds voted in favor of independence.

The government of Iraq and Kurdistan Regional Government (KRG) should engage in a peaceful and progressive dialogue in order to resolve tensions and disputes, urges the Euro-Med Monitor, stressing the need for resorting to the international law in pursuit of disputed rights.

Kurdistan’s Electoral Commission (KEC) announced on Wednesday that 92.73% of the participants voted in support of independence in the referendum held last Monday, aimed to split from Baghdad.

According to KEC, the number of electorates entitled to vote in the referendum was 4 million, while the number of participants in the disputed territory exceeded 3 million.

The referendum was held by the Kurdish authorities in northern Iraq, amidst pressures from Baghdad and regional countries and warnings from international bodies that the Kurdish move would further stoke already-inflamed tensions in the region.

The Euro-Med Monitor states concerns that tensions will lead to an economic blockade and a new armed conflict in a region that is already stoked with disputes and conflicts and that civilians and minorities would be the most affected with life threatening dangers.

The Euro-Mediterranean Human Rights Monitor calls on all parties, particularly in Baghdad and Kurdistan – whether opposing or supporting the referendum, to resort to peaceful negotiations to settle the dispute. Only by resorting to the international law civilian lives would be spared and a possible humanitarian crisis would be avoided.

The Euro-Med Monitor also urges the United Nations and international organizations to take responsibility and calm down tensions in the Kurdish region and to ensure that the rights of Kurds are met according to international laws and conventions.