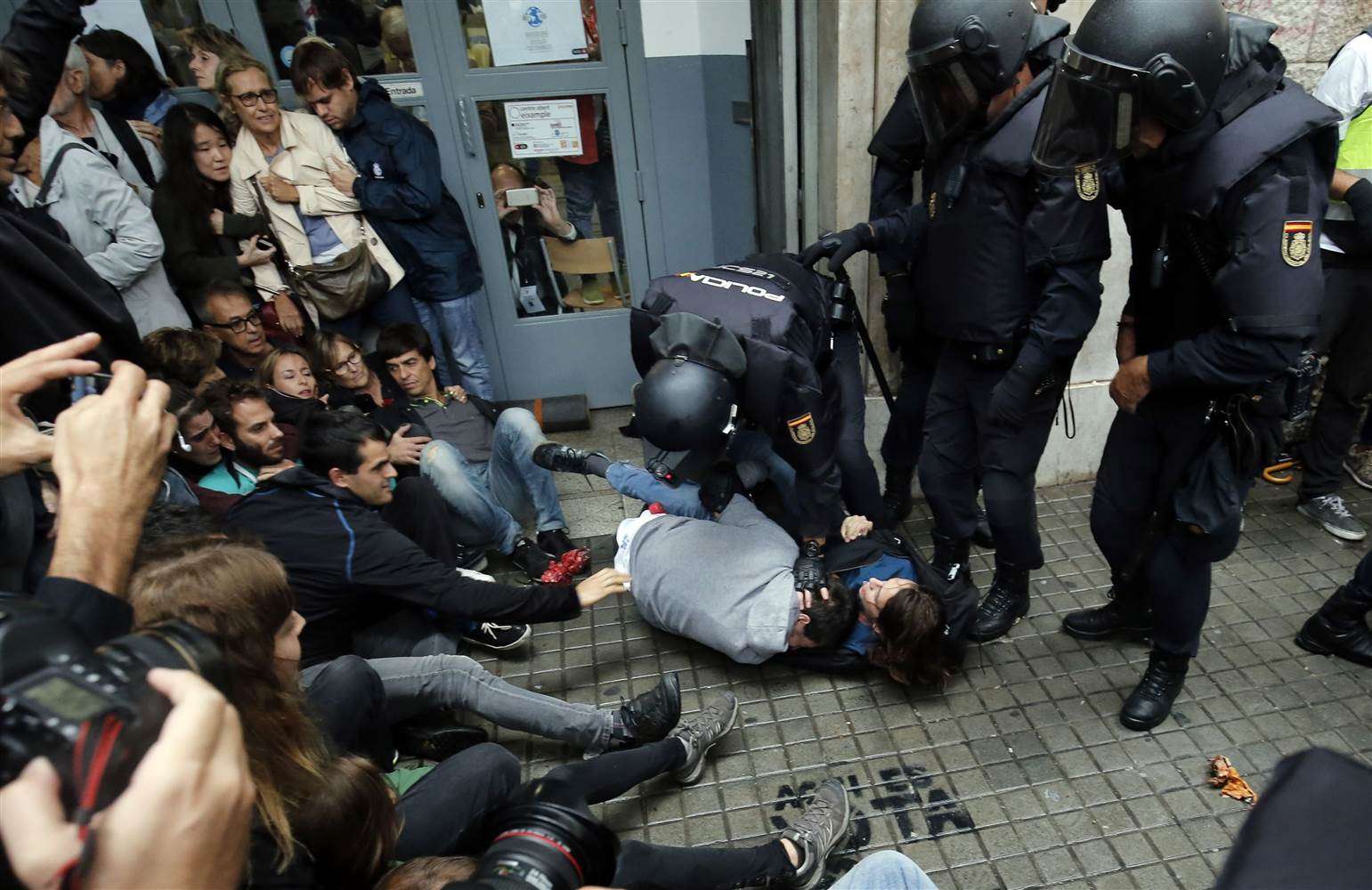 Geneva- The Euro- Mediterranean for Human Rights expresses its deepest concern following the Spanish police suppression of voters, who participated in the disputed Catalonia referendum, held on October 1, 2017.

The Euro-Med Monitor calls on the Spanish authorities to make sure that measures adopted ahead of the Catalan referendum does not contradict the right to freedom of expression, assembly and public participation.

The Spanish government should respect these rights regardless of its opinion on the illegality of the referendum.

The Spanish police have reportedly smashed into polling stations, roughing up voters. The ministry of interior said 11 police officers were slightly injured in disturbances. Catalan officials say 465 people have been injured, some seriously, in clashes with police.

Spanish police have fired rubber bullets at protesters outside a Barcelona polling station and smashed their way into at least two voting centers.

Arouca, one of the voters, said that “I was always against independence but what the Spanish state is doing is making me change my mind. The National Police and Civil Guard are treating us like criminals. I was most likely going to vote “No” until the National Police sent me flying. Now I will try to vote Yes.”

Daniel Riano was inside when the police pushed aside a large group gathered outside busted in the Estela school’s front door. The 54-year-old Riano said that “we were waiting inside to vote when the National Police used force to enter, they used a mace to break in the glass door and they took everything.” He said that “one policeman put me in a headlock to drag me out, while I was holding my wife’s hand. It was incredible. They didn’t give any warning.”

The Euro-Med Monitor urges all parties to exercise the utmost restraint and avoid violence following protests the left hundreds of Spanish voters injured, after the police has intervened to prevent the referendum by force.

The Spanish government should not use force against civilians who practice their right to the freedom of assembly and expression. Protesters should exercise the utmost retrain to keep their protest peaceful.

The European Union is urged to pressure the Spanish authorities to stop its use of force against people participating in the disputed referendum.

The Euro-Med  Monitor is troubled by the situation in Catalonia and calls on all parties to resort to dialogue to stop the deterioration of the situation.