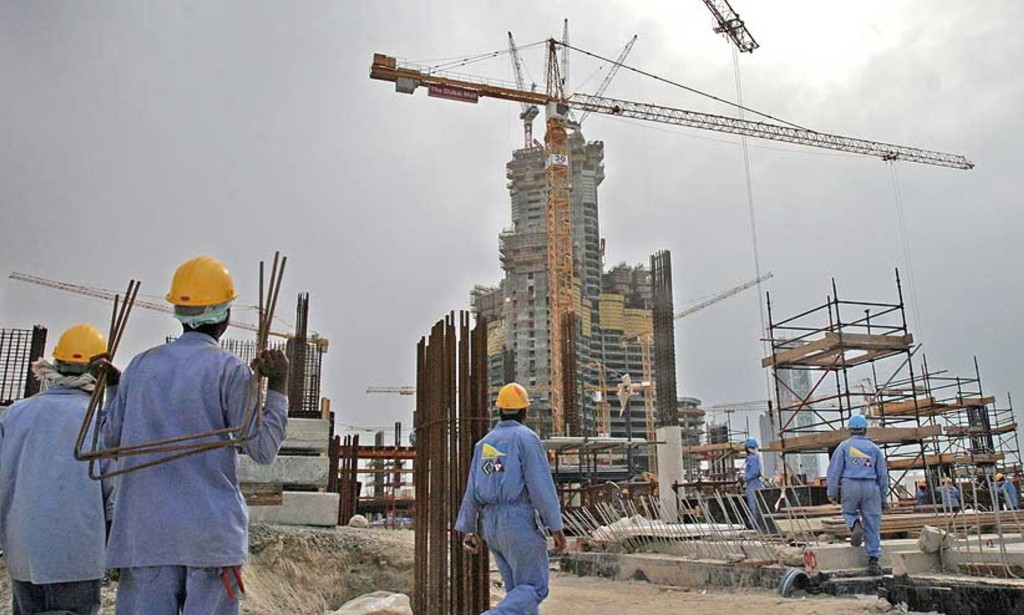 Geneva- The statement made by the United Emirates delegation to the Human Rights Council last Thursday, indicating that the UAE has made great progress in terms of improving labor regulations and protecting contracted labor, contradicts the truth and overlooks the humiliating conditions workers have to endure on a daily basis.

Despite the UAE delegation's affirmation before the UN to promote human rights of workers and enable them to make full investment of their stay in the country, Global Modern Slavery index rates UAE negatively on workers' human rights and demands the adoption of reform strategies and effective policies to protect their rights.

Euro-Med Monitor criticizes the restrictive "sponsorship system" under which workers are subjected to exploitation and ill-treatment by their employers, and further denounces the low wages of workers for the cost of living and poor housing conditions there.

The UAE authorities deal with foreign workers under the UAE Kafala system. Kafala is a sponsorship system in which the status of the expatriate employee's visa is determined or restricted by the employer, meaning that employees cannot enter or leave the country, or switch employers without the consent of their sponsors. Such a system increases the rate of exploitation and abuse of workers, including withholding their workers' identity papers and passports.

The sponsorship system also deprives workers of their right to file complaints against abusive employers and threats of expulsion and deportation if they take such measures.

26 families of Indian construction workers who have been in the UAE for 3-4 years have reported to the state authorities in early October that their children are subjected to cruel and degrading treatment in the UAE construction companies they work at. Families confirmed that their children had been living on the streets for more than 20 days without money because of disputes that happened with their employers. Disputes occurred over the employees' opposition for the harsh conditions they were put under by construction companies, including being forced to work for 16-18 hours a day and living in dilapidated buildings. Although families have filed complaints to the local police and the Indian Embassy in Dubai, no response or efforts have been made yet.

The Euro-Med Monitor noted that violations faced by domestic workers—most of whom are women—include long hours of work, at times reaching 21 hours a day, and the absence of breaks, vacations or rest, all of which are qualities of forced labor. Other violations include workers' vulnerability to psychological, physical and sexual abuse, restricting their residence, and depriving them of wages and food.

In the UAE, if a worker or domestic worker who is exploited or ill-treated complains to the authorities or employment agencies, they are often subjected to further abuse and even imprisonment because employers make false allegations of theft or other crimes against them. In other cases, migrant workers are deported simply once they go to the Ministry of Labor or the police station.

"Threats of deportation, the sponsorship system and the harsh treatment of foreign workers constitute a form of slavery that has pressured workers to hide the violations they face, in fear of sanctions or charges that might be imposed on them if they file any complaints to demand their rights," said Meira Bishara, Euro-Med Monitor's legal researcher.

Euro-Med Monitor calls on the UAE authorities to abolish the "sponsorship system", give workers the freedom to change jobs when they feel exploited and abused, return to their countries without the employer's consent and to improve work conditions, wages and workers' housing.

The Euro-Mediterranean Human Rights Monitor also calls on the UAE authorities to ratify ILO Convention No. 189 to ensure the minimum protection of the rights of migrant domestic workers, including the right to freedom of association. Furthermore, the Euro-Med Monitor recommended that the UAE ratify the new Protocol to ILO Convention No. 29 on Forced Labor.