Libya: Testimonies of rape and brutal torture are horrific 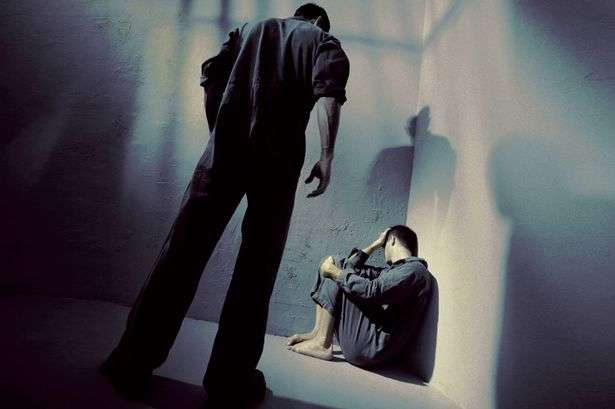 Geneva – An immediate official and international human rights action is needed to stop rape and other massive abuses against detainees in Libya, says the Euro-Mediterranean Human Rights Monitor. The documented testimonies of rape at interrogation centers in Libya are appalling and immediate action is required to put an end to such violations by all means possible.

The French newspaper, Le Monde, published an investigation (to be displayed in video next year) with testimonies from men and women confirming that they had been raped by militias fighting to topple the regime of former Libyan leader Muammar Gaddafi. Prepared in three years, the report presents shocking testimonies be as a systematic strategy to date by Libyan parties.

The report shows that rape is systematically used to degrade prisoners in Libya, while detainees are forced to sexually assault each other. If they refuse, they are threatened with death. Following victory in fighting, rape is used as a policy to humiliate the opponents.

Former prisoners gave horrific accounts of how guards used various objects, including a broomstick to rape male prisoners. As part of the inhumane treatment detainees are subjected to, such assaults are video-recorded.

The report by Le Monde newspaper, though shocking and appalling, is also conceivable given the current situation in Libya, says Ihsan Adel, Euro-Med legal advisor.

A similar report was published earlier this year documenting the rape of dozens of migrants, but unlike Le Monde’s report, it investigates rape outside investigation centers, Adel adds. “It is horrible that rape is rampant in many cases. We have never witnessed such humiliation of persons under detention before to the extent that detainees are asked to practice mass rape as a condition of their release and are threatened with death if they do not comply,” said Adel.

The Libyan authorities are responsible for following up on the case, regardless of the current situation. The accused of these violations should be brought to justice, stressed Adel.

The International Criminal Court also has a role to play as the Prosecutor announced that an investigation will be opened based on reports of dozens of cases of rape and human trafficking in Libya, with UN Security Council giving consent to take action.

The testimonies collected confirm the impression that rape has been a prevalent matter in Libya since 2011, resulting only in severe psychological and physical damage of those abused. A serious discussion should take place and immediate action should be taken with regards to migrants and asylum seekers fleeing to Europe; detainees should not continue to experience such horrific practices.

Euro-Mediterranean Human Rights Monitor urges the European Union to reconsider the funding, training and provision of assistance to the Libyan Coast Guard. With migrants now being sent to detention centers under inhumane conditions, LCG’s responsibility to prevent the smuggling of migrants and refugees in dilapidated boats across the Mediterranean to Europe is simply wrong.

Euro-Med Monitor further stresses that EU policies have forced migrants and refugees to experience such violations in Libya. Action should be taken by countries that will require them to provide safe routes for migrants and asylum seekers wishing to reach Europe, as well as to establish a just and transparent immigration and asylum system.