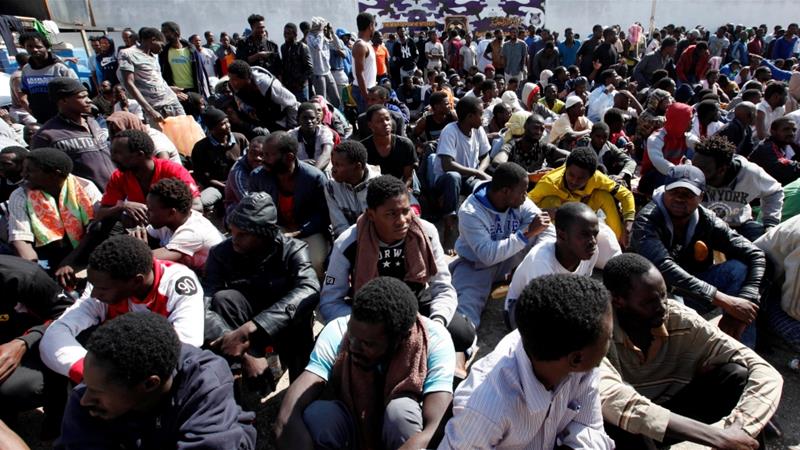 Geneva- The Euro-Mediterranean Human Rights Monitor condemns the arbitrary measures that the Algerian authorities are taking against migrants through widespread arrest campaigns and violence. Euro Med Monitor  calls for respect to Algeria’s international commitments and obligations towards migrants.

"Despite the fact that international law grants states legitimacy and authority to control borders and deport people who are not present legally in the country, these people still have the right to challenge deportation and expulsion decisions without being subject to arbitrary detention, ill-treatment or discrimination," said Sarah Pritchett, a Euro-Med's spokeswoman. Pritchett explained that the Algerian authorities continue to launch large-scale arrest and expulsion campaigns against migrants from Central and Southern Africa without taking into account the circumstances that brought them there.

According to Amnesty International, the Algerian authorities have forcibly expelled over 20,000 migrants from a range of neighboring African countries in the first three weeks of last October. Those expelled include more than 200 minors, among them at least 25 unaccompanied minors. Euro-Med expresses its deep concern over the fate of the expelled migrants, amongst whom are workers who have worked in Algeria for years prior to expulsion. These expulsions have deprived them and their families of their source of income, adversely affecting pregnant women and infant children, consequently rendering them homeless.

"The Algerian government has been pursuing the policy of expelling and deporting migrants coming from African countries for years, although they have only escaped conflict zones and poverty," says Euro-Med Monitor .

The arrest procedures are often carried out by Algerian police and gendarmes through abusive and unjustified behavior in dealing with illegal immigration.

Migrants, African workers and their families are collected in trucks based on skin color, and then police deport groups of them to unsafe border areas with limited government presence. Euro-Med Monitor points out that these practices are made based on ethnic differences and forced evictions, contradicting international humanitarian law which affirms that no one shall be forcibly evicted without the legal right to challenge his deportation, and that no person shall return to an area in which their life is under threat or risk.

Algeria is a state party to the International Convention on the Protection of All Migrant Workers and Members of Their Families, which prohibits the mass expulsion of migrant workers and their families regardless of the legal status or legal organization of their work.

Euro-Med Monitor calls for the implementation of Algeria's policies declared through its officials, most notably the statement by the Algerian Minister of Justice last month, that "the government did not close its doors to immigrants, and is working to protect its borders and secure the country."

The Geneva-based Euro-Med Monitor calls on the Algerian authorities to adopt an effective humane strategy in dealing with illegal immigration and asylum seekers in the country, ensuring better protection for vulnerable groups of migrants.

Euro-Med Monitor also stresses that Algerian authorities must respect their international obligations towards the rights of migrants and asylum seekers, particularly since it is a state party to the Convention relating to the Status of Refugees of 1951, the Convention against Torture of 1987 and other conventions calling for the rejection of cruel and degrading treatment.