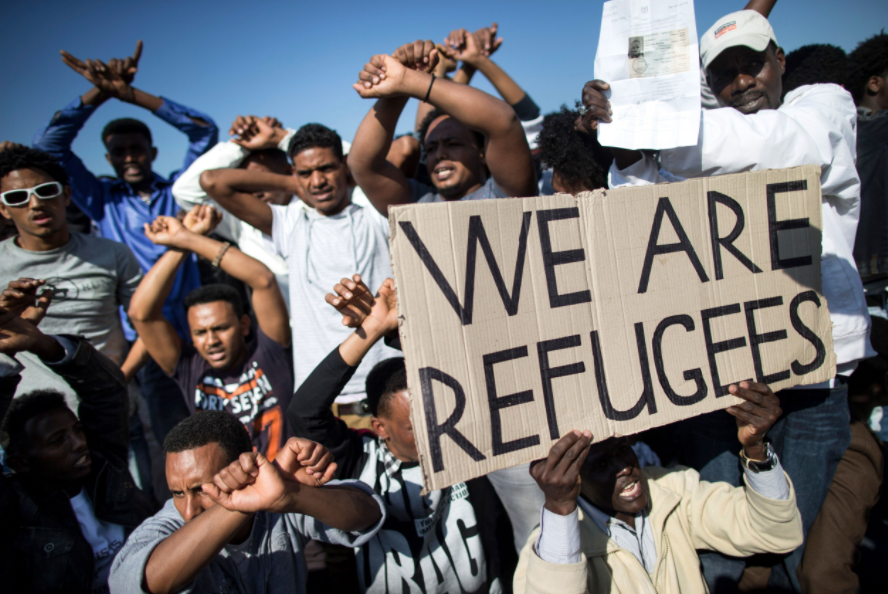 Geneva- The Euro-Mediterranean Human Rights Monitor condemns the Israeli government's decision to shut down a migrant detention center and forcibly expel around 40,000 African migrants who entered the country illegally.

"This treatment of African migrants by Israel is offensive and human rights violations are feared after threats of imprisonment for those who do not leave the country within a three-month deadline," says Euro-Med Monitor .

According to the interior and public security ministries, the Israeli cabinet voted on Sunday to close the Holot migrant detention center in southern Israel. Israeli ministers unanimously approved the removal plan, giving migrants a three-month period to leave the country or face deportation.

"The infiltrators will have the option to be imprisoned or leave the country,” the Israeli Public Security ministry said in a statement, referring to the arbitrary and inhuman treatment awaiting migrants, including deporting them without their consent.

Although the main causes of their emigration were economic, many Africans had fled persecution in their home countries. Euro-Med Monitor confirms that the decision to deport them collectively violates the 1951 Refugee Convention, which guarantees refugees full protection against being repatriated. It also violates article 14 of the Universal Declaration of Human Rights 14 which provides that: "Everyone has the right to seek and to enjoy in other countries asylum from persecution".

Over the past two years, Israel has deported 20,000 African migrants, and has signed agreements with Uganda and Rwanda in which they agreed to receive migrants deported.

Israel has recognized less than 1% of asylum applications of migrants from Africa. Despite the fact that African movement towards Israel is a mixed migration flow stemming from economic motives and the need to escape political persecution, migrants are treated unfairly and subjected to racism and discrimination.

In recent years, Israel has sought to identify the numbers of migrants, build a fence along the border with Egypt, a common route of migration in the past, and send many migrants to prison in the desert - and in some cases to third countries in Africa.

The Euro-Mediterranean Human Rights Monitor calls on Israel to stop its violations against migrants from African countries, especially its expulsion procedures to a third country without migrants' consent.