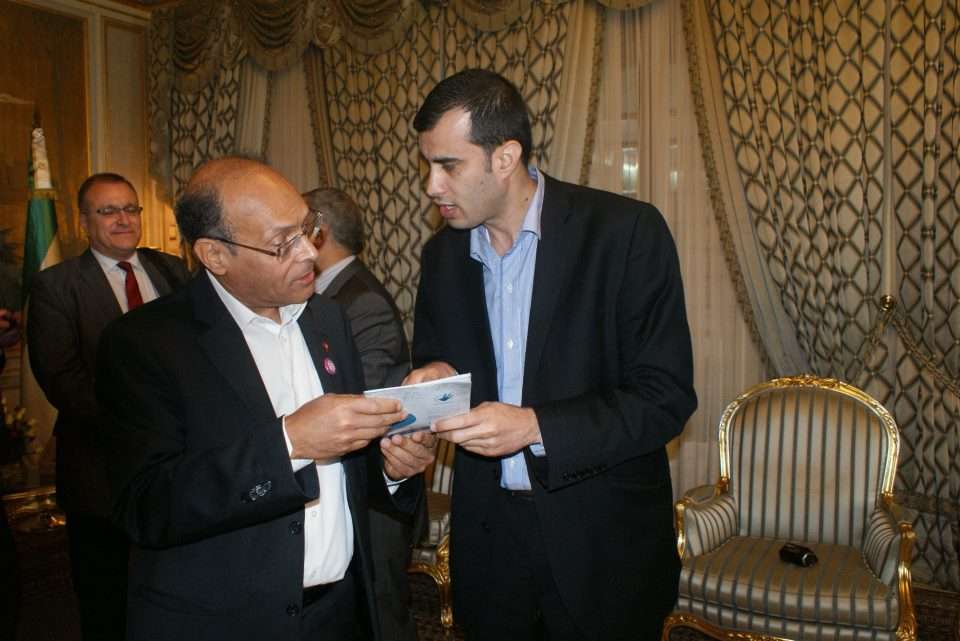 Tunisian President, Moncef Marzouki, congratulated the Euro-Med Monitor for launching its new branch in North Africa region where a regional office opened in Tunisia. The welcome of the step came onboard a meeting between the Tunisia’s President and human rights and political delegation, including theEuro-Med Monitor  representatives.

Euro-Med Monitor delegation informed the president Marzouki about its plans to open a regional office in North Africa based in Tunisia. The office seeks to lead the human rights movement in North Africa.

The president considered the move as “a key leading step” to promote the human rights culture in the Arab region. Dr. Moncef Marzouqi is widely known as the prominent  human rights defender.

Euro-Med Monitor envoys delivered a report to the President about the Israeli violations of human rights in the Palestinian territories. He expressed his hope that Tunisia can adopt a stance of support for Palestinian rights in the International arenas and within the UN body.

Amani Senwar, Regional Director of Euro-Med Monitor, said that the experience of “Freedom and Equity” organization in human rights, which its staff worked with high professionalism standards despite the repression and intimidation of Bin Ali.

“We made an agreement with the Freedom and Equity organization to work with each other, like following-up the political prisoners’ issues, victims of kidnapping and torture, street children issues, and the development of rural communities and areas”, said  Senwar.