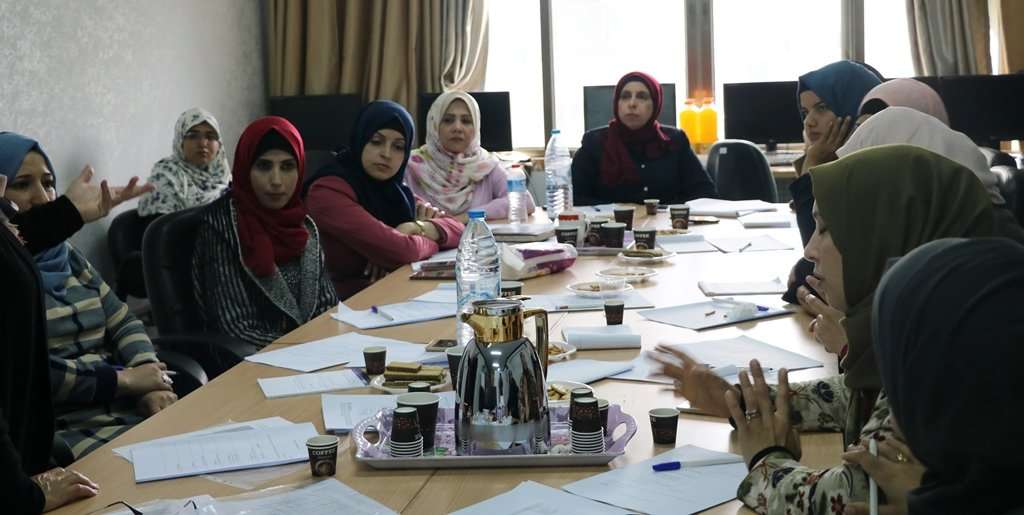 Extensive training on project writing and management has been given by the Euro-Mediterranean Human Rights Monitor. The target group was the administrative staff working in the local and civil institutions involved in Euro-Med Monitor's Women's Leadership Incubator (WLI) project, funded by the Swedish organization Kvinna Till Kvinna.

The training mainly focuses on building the capacity of the participating institutions by following up and directing them in the writing and management of projects as well as in raising funds to improve their performance as well as their functional and managerial skills, says Amal Al-Sabawi, WLI’s project management consultant. Being successful in accomplishing this, adds Al-Sabawi, will have an impact on future programs they may implement as well as on the services they provide for the different target groups, especially Palestinian women in the Gaza Strip.

Based on the needs of these participating institutions’ teams following discussions with them, while also reviewing their work’s history, a training in this field in particular has proved vital to the performance of these institutions, maintains Azza Qasem, WLI’s gender consultant.

Launched in early 2017, Women's Leadership Incubator - Gaza Strip 2017 project aims to promote gender equality, defend women’s rights in the Gaza Strip by training local and civil society staff and by encouraging them to integrate in society and take the lead so as to improve the living conditions of women in local institutions as well as the in wider the community.

Since part of the Euro-Med Monitor’s programs are targeting a large number of women in the Middle East and North Africa, WLI is one of the most powerful projects aimed at improving women's conditions in the Gaza Strip by funding small projects implemented by the participating institutions.