Syria: Turkey should adhere to international humanitarian law in Afrin 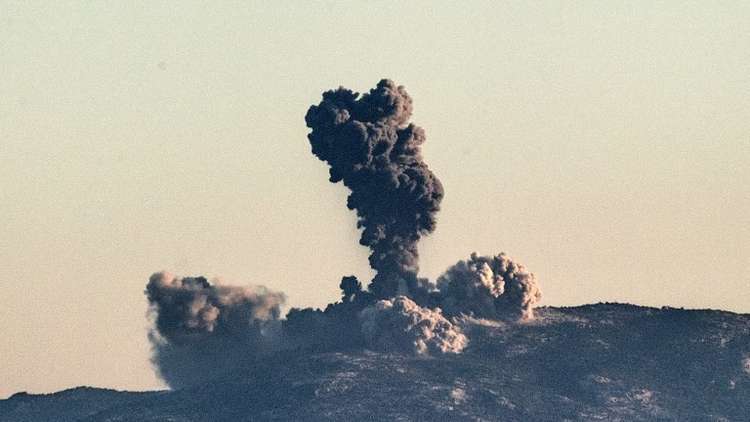 Geneva- The Turkish armed forces should abide by the rules of international humanitarian law during their conduct of the military operation in the Syrian territory of Afrin. In particular, they are obliged to respect the distinction between civilians and combatants, the principle of proportionality and the obligation to take all necessary precautionary measures, says the Euro-Mediterranean Human Rights Monitor.

The Geneva-based Monitor warned of human rights violations, especially following videos and photographs circulated on social media that show abuse practices in northern Afrin. One footage showed militants believed to be backed by Turkish troops `boasting` over the body of a girl, in violation of the sanctity of the dead. Other analysis indicates that her body was mutilated after she was killed. Local sources said the body belongs to Barin Kobani, one of the fighters of the Kurdish forces.

Reports of local Syrian organizations revealed the killing of more than 50 civilians since the start of the Turkish military operation in Afrin on January 20 due to Turkish air strikes and artillery. Other pictures published online also showed the destruction of an old temple in the district of Dara to the south of the city of Afrin due to Turkish raids.

The Turkish forces are obliged to protect civilians from the implications of fighting as much as possible, especially when tens of thousands of displaced people live in the center of Afrin region-- a place that is already suffering from nearly a total blockade.

Euro-Med Monitor calls on the Turkish authorities to open an urgent investigation into the killing of the Kurdish fighter Kubani and to bring the perpetrators to trial.

"The mutilation of bodies constitutes an attack on personal dignity, which is prohibited in accordance with the Rome Statute of the International Criminal Court. Instead of destroying temples and archaeological sites, we should protect them," says Euro-Med.

Euro-Med Monitor stresses the need to monitor the actions of Syrian armed groups fighting alongside the Turkish forces by the Turkish authorities and to ensure that these groups abide by the rules of combat stipulated in The Hague and Geneva Conventions.

The Turkish operation dubbed as ‘The Olive Branch’ was launched on January 20 for the purpose of what Turkey described "the elimination of terrorists" from Afrin. Turkey views the People's Protection Units (YPG), an extension of the banned Kurdistan Workers’ Party (PKK), as a terrorist organization.