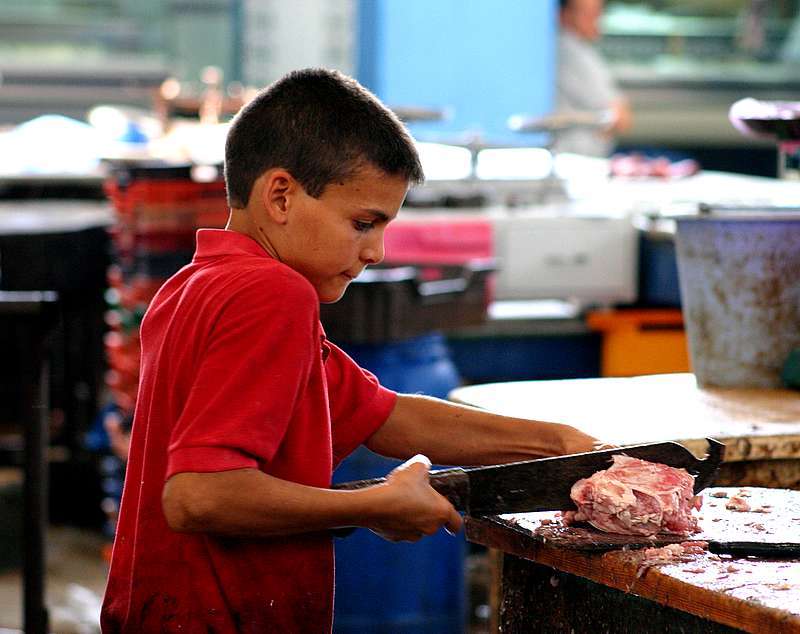 Geneva- The increased exploitation of children sweeping through Tunisian labor markets in recent years is deeply concerning, said the Euro-Mediterranean Human Rights Monitor, given the lack of legal legislation explicitly criminalizing child labor, in addition to the lack of control mechanisms by the Tunisian government.

In a statement issued today, Euro-Med Monitor said that “exploitation of children in Tunisia has worsened considerably”. More than 215,000 children are employed in Tunisia; i.e., about 9.5% of Tunisian children between the ages of 5 and 17 are involved in child labor, while 176,000 of them are under 16 years old, according to the latest statistics by the National Statistics Institute and the Ministry of Social Affairs.

This phenomenon continues to spread, thanks to the lack of appropriate legal legislation concerning child labor in Tunisia as well as the absence of laws meeting international standards necessary to protect them, further explained the Geneva-based Euro-Med Monitor.

The Tunisian Labor Code allows the employment of children under certain conditions, while there is no clear government strategy, vision, or mechanism to deal with the phenomenon and limit the involvement of children in the labor market.

Euro-Med’s team collected testimonies from children and employers explaining the reasons that push children to go out for work. Among these reasons are poverty, dropping out of school, the lack of administrative and psychological follow-up and the low wages. In particular, the poor economic and social conditions of families, specifically those in the northwest and southeast regions, have forced their children to drop out of schools, thus going to work instead, mostly in agriculture or crafts.

During a 2016 initiative entitled “Students Rejoining Schools,” the Tunisian Ministry of Education said that at least 10,000 students are cut off from school every year.

Over 50% (136,000) of child workers are exposed to life-threatening risks as they work in hazardous occupations across the country, reported Euro-Med Monitor. In addition, 20% of them suffer from different physical and psychological forms of persecution, including insults from employers, carrying out exhausting work for long hours, or working in difficult circumstances prohibited by law.

This phenomenon is not only exclusive to male children, but also young girls. Among the 78,000 female housekeepers in Tunisia, 17.8% are children, according to the Tunisian Women's Association for Development.

“Although the Tunisian parliament approved a law on violence against women in 2017, which also criminalizes the employment of children as domestic workers, it did have much influence on reducing this phenomenon due to poor government's supervision,” said Yahya Ashraf, Euro-Med Monitor's researcher in North African Affairs.

“Tunisian laws do not specify the minimum legal age of work for children. Although references to child labor and rights exist sporadically in some laws, they clearly include significant legal gaps,” Ashraf added.

Moreover, some provisions of the law implicitly recognize the legality of child labor, such as the admissibility of 13-year-old children's to work in light agricultural and light non-industrial work, provided that the work does not interfere with the child's education. “This condition is only theoretical and is absent when it comes to practice on the ground,” said Ashraf.

The Euro-Mediterranean Human Rights Monitor calls on the Tunisian authorities to enact special laws that protect children against economic exploitation and to carry out a review of the legal system of child labor in Tunisia. In addition, legal systems must comply with international standards and children's right to education in line with their best interests.

Euro-Med Monitor also calls for issuing regulations and supporting laws that protect children and standardize the minimum legal age of work, while intensifying the mechanisms of effective government control in combating all forms of child exploitation.