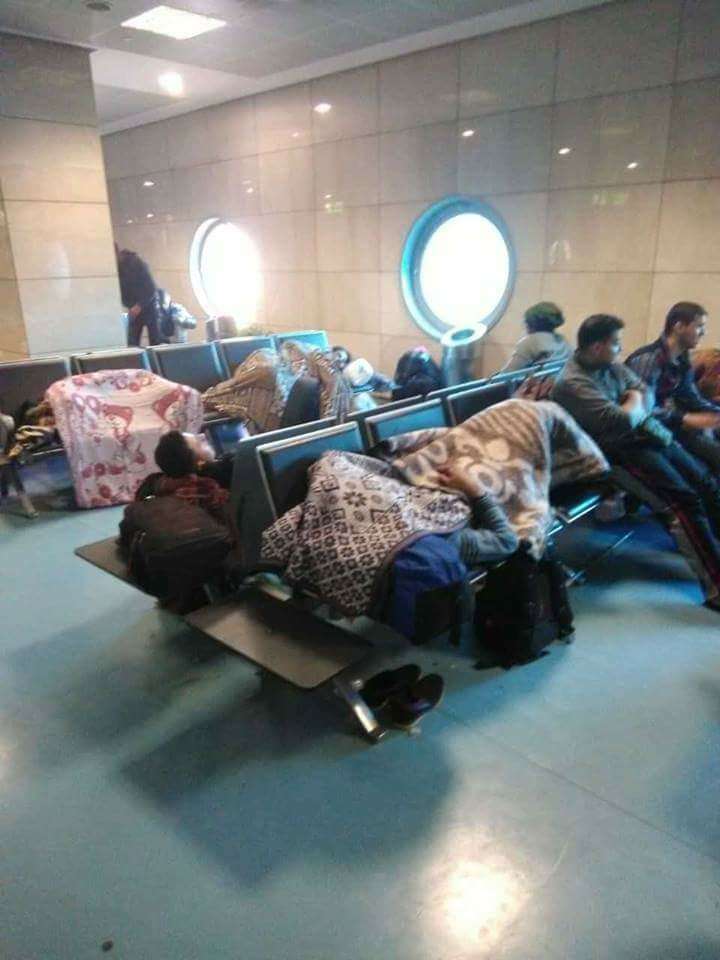 Geneva- the distressing situation of Palestinians stuck on both sides of the Rafah border crossing and inside Cairo airport following the Egyptian authorities’ decision to close the crossing for passengers traveling in and out of Gaza, constitutes a tragedy to many of stranded patients and students, warns the Euro-Mediterranean Human Rights Monitor.

The Egyptian authorities have allowed the opening of the Rafah border crossing to secure the travel and return of Palestinian citizens out and to the Gaza Strip after a complete closure that lasted about 50 days. The Palestinian citizens were surprised by the Egyptian authorities' sudden decision to shut it down, only two days after it was opened. This decision coincided with Egypt's launch of a military campaign in the Sinai Desert, which led to holding hundreds of passengers returning to the Gaza Strip at Cairo airport, as well as on the Egyptian side of the Rafah crossing.

The number stranded Palestinians at the Egyptian side of crossing, who were wishing to return to the Gaza Strip before the Egyptian army issued a decision to deport them back to Cairo airport, exceeded 400 passengers. They are currently being held in closed halls at the airport, and the airport security informed them to return to the countries they flew in Cairo from.

Hundreds of passengers stuck at Cairo airport have appealed to the Egyptian authorities and the Palestinian embassy in Cairo to hasten their return back to the Gaza Strip or find a solution to end their suffering at the unbearable cells and rooms at Cairo airport.

Euro-Med Monitor received several statements from a number of stranded Palestinians at Cairo airport, saying that security personnel at the airport were holding about 100 people, mostly patients, students and children, in one room, without providing them with food, drink or sleeping blankets. Most of them now cannot afford to buy food.

According to the Euro-Med Monitor, another 200 people are trapped only a kilometer away from the Egyptian side of the Rafah crossing. Mostly, they are patients, children and elderly, while military confrontation with militants and ambushes are only a few kilometers away from them.

Euro-Med Monitor calls on the Egyptian authorities to hasten the opening of Rafah crossing for the entry of stranded people near the crossing, to secure those stranded near military ambushes and danger areas and provide them with the necessary humanitarian aid as soon as possible.