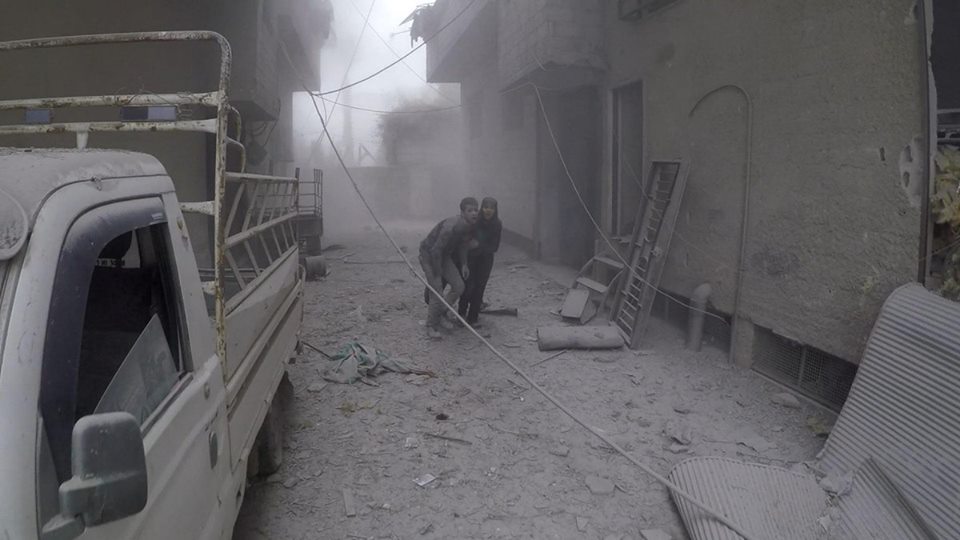 Syrian President Assad’s forces used explosive barrels and surface-to-surface missiles to target neighborhoods in Misraba, Ein Tirma, Nashabia, Jisreen, Doma and Hamouriya. This has left over 100 civilians killed, including 20 children, and injured more than 450 others.

According to Euro-Med Monitor , hospitals of Eastern Ghouta were overcrowded with casualties, especially the hospitals of Dumah and Hamouriya, which led to the transfer of many injured to other medical centers. In addition, ambulance crews and doctors experienced difficulties in completing their tasks due to the high number of casualties and lack of necessary resources as a result of the siege imposed on the area.

Since November last year, more than 860 people, including 196 children and 126 women, have been killed and more than 2,650 others were injured, including dozens of children and women, some of whom have been permanently disabled with others seriously injured. Also, there's a serious lack of cadres and adequate medical equipment.

Eastern Ghouta, home to about 400,000 people, has been suffering from a suffocating siege imposed by the Syrian regime forces for more than five years now. The blockade caused a severe shortage of food and medicine, and most recently a woman with cancer and a child have died in the past few days, due to lack of medicine and health care.

Eastern Ghouta is one of the areas included in the de-escalation-zone agreement between Turkey, Russia and Iran in Astana. According to the agreement, the Syrian government should allow "unhindered" humanitarian aid into opposition-held areas, and public services, besides allowing the return of refugees and displaced people to their homes. However, none of this has happened so far.

Euro-Med Monitor  points out that many towns and cities in Syria have witnessed intensive air and artillery shelling during the past few days, either by US-led coalition or by the Syrian regime and its allies, stressing that the humanitarian situation foreshadows a tragic disaster.

Several raids launched by the US-led international Coalition on ISIS in the Hajin town of Deir ez-Zor Governorate, have resulted in killing 16 civilians, including 10 members from the same family.

In the Homs province, four Syrian opposition fighters have also been killed by the pro-Syrian government forces, where the opposition responded by shelling the forces of the regime in the villages of Jabourin and Qaniya al-Assi with mortars.

"The Syrian regime's actions are only a continuation of the policy of collective punishment practiced over the past years. Daily airraids and artillery shelling of Eastern Ghouta, the blocking of humanitarian aid and basic needs, is a flagrant violation of international humanitarian law, and amounts to what may be considered war crimes and crimes against humanity," said Ihsan Adel, Euro-Med Monitor 's legal advisor.

"The international community should not remain silent over the massacres committed against unarmed civilians in Eastern Ghouta. More should be done to stop this and bring the perpetrators to justice," added Adel.

Euro-Med Monitor calls on the Syrian authorities to stop its military operations and end the siege imposed on Eastern Ghouta, to evacuate people with urgent medical needs and to allow immediate and urgent access to relief and medical supplies as well as to assist civilians.